The Ardmore Music Hall is not only a beloved institution of the greater Philly area music community, but a renowned place for live music for fans all across the country. The venue has a rich history of concert performance, with bands like Phish, The Red Hot Chili Peppers, and The Ramones having performed there multiple times in their early days. More recently the venue has been a regular haunt for the headiest names in the jamband and bluegrass music scenes. In the face of this year’s pandemic, The Ardmore has been hosting “Virtual Front Row” shows on their theatre stage, in which viewers at home have been able to tune into performances from artists and interact with them via Zoom.

In the same community as AMH are Philadelphia jazz fusion trio Muscle Tough, who this past week performed one of these Virtual Front Row shows at the venue. The Poke Around were allowed to photograph the event, and while we are no strangers to the music of this formidable trio, we were blown away by their latest showing. Below, you can check out images from the evening, as well as re-watch the entire show, thanks to the official YouTube page of Nugs.net.

Considering sound, style, and technical ability altogether in one, there really isn’t anything out there quite exactly like Muscle Tough, which consists of Ross Bellenoit on guitar, Joe Baldacci on drums, and Jonathan Colman on bass. With lots of technique and gear employed via great attention towards crafting brilliant sonic textures,  the trio produces monstrous, arena-ready sounds and anchors them down with the tightest riffs and grooves. On their opening, original jam “Text Your Dad,” trippy, undulating bass lines, heavy drum beats and shredding guitar unraveled the opening of The Ardmore night in a grand entrance, like a red carpet leading into the center of a galactic wormhole. All instrumental, Muscle Tough compositions are all at once jarring and encapsulating, slightly frightening and yet at points mystical and wondrous.

While we would wish the band the chance to perform in front of an in-person audience right now, it was a unique experience to hear them perform in an empty Ardmore Music Hall, as their humongous, colorful music filled the space in a surreal way. The band’s affinity for irreverent humor did well with The Ardmore’s Virtual Front Row deal. Across from the band, at the edge of an empty floor, a large projector screen allowed them to tune into the zoom screens of viewers tuning into the show. Gauging the reactions and banter of the band, it was a pretty fun virtual hang. Most viewers danced at home, while many others submitted things like jokes and internet memes.  “Thanks for the Michael Scott memes, all of the ‘is this still lawn boy?’ memes,” said Colman near the end of the night. “You’ve been cracking us up here.”

The performance at Ardmore gave the fusion trio the chance to introduce some new material to their fanbase. Muscle Tough seem to have been as proactive as any other artist during the current pandemic, in releasing over the last few months a series of succinct yet creative studio creations called “Transmissions.” “Pot Frownies,” coming in near the end of the first set, saw its “world livestream debut” at The Ardmore. Surely one of the more bombastic Muscle Tough compositions yet, its frenetically chromatic riffs could be described as something like “stress funk.”

In addition to new material, the band did some remarkable things with rather intriguing choices for covers. It surely takes both brains and brawn to turn Paula Cole’s 1997 hit “Where Have All The Cowboys Gone?” from its coffee-shop-friendly feel into the intense, drum-and-bass-driven breakdown jam that it becomes in the hands of Muscle Tough.  Also on tap for amazing recreation were other pop favorites like Madonna’s “Material Girl” and Elton John’s “I’m Still Standing.” A little closer to their own universe was “Anthem For The Earnest,” an instrumental number by the jazz trio The Bad Plus that Muscle Tough not only pulled off with aplomb, but also really jacked up in intensity and improvisation by its last several minutes.

Coming ahead, The Ardmore Music Hall looks like it has some more livestream-only events in mind, with a yacht rock themed “Boat House Row” show scheduled for next Saturday, August 29. For more information, head to the venue’s website here. Likewise, be on the lookout for new things in and out of the studio from Muscle Tough. To check more out about them, head to their official website here.

Check out a gallery of images from Muscle Tough at Ardmore Music Hall below. Below that, you can re-watch the entire livestreamed performance, courtesy of the Youtube Page of Nugs.net. 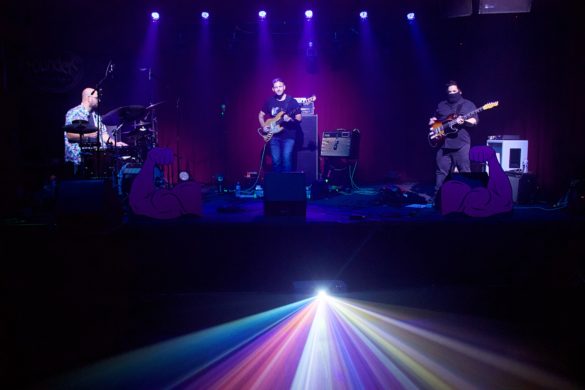 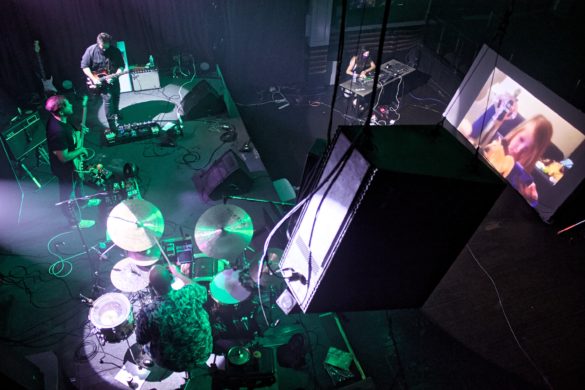 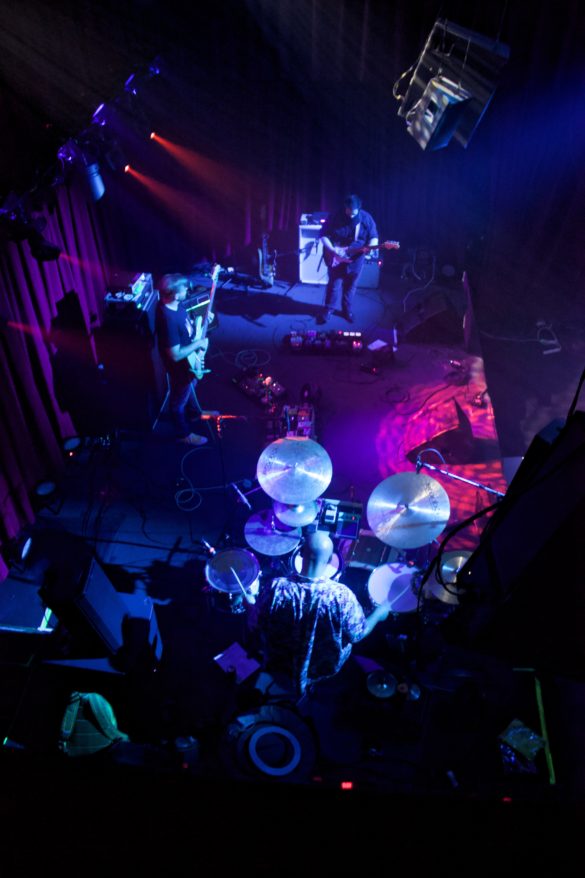 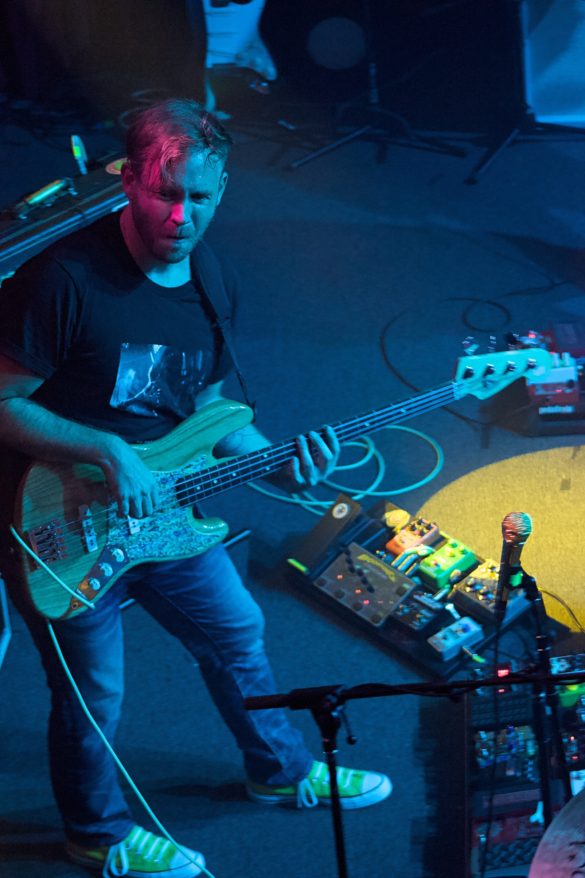 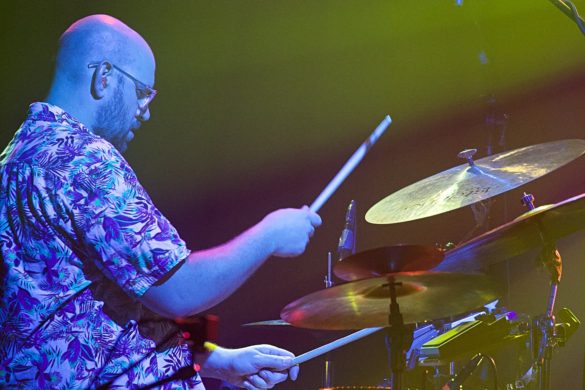 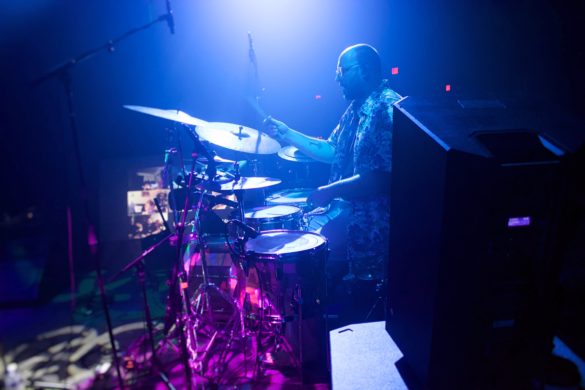 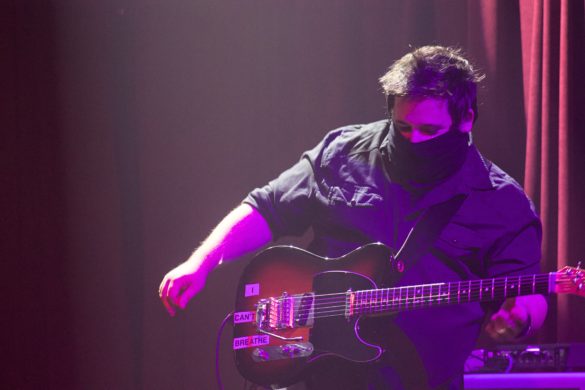 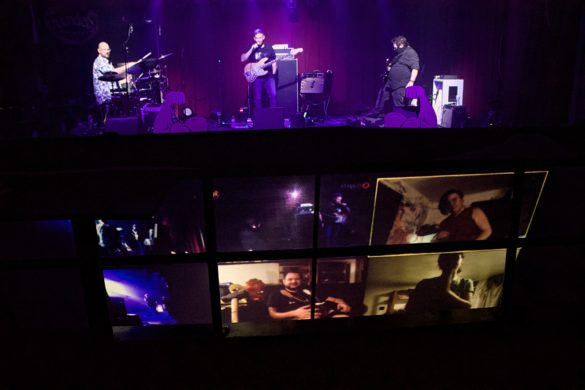 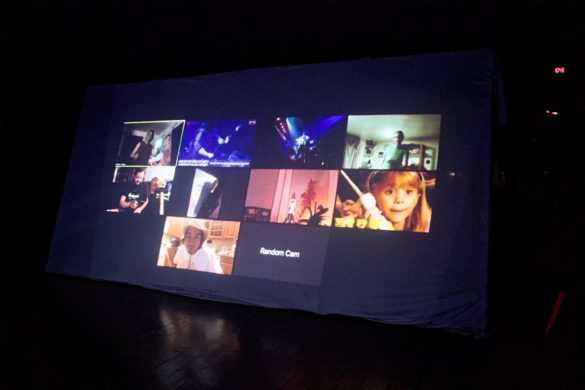 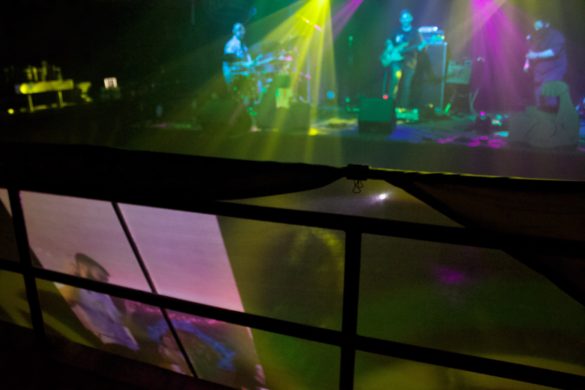 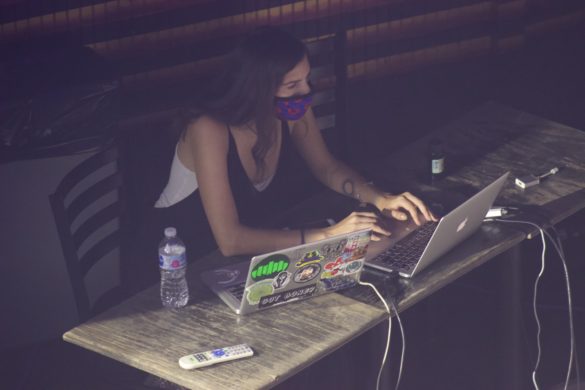 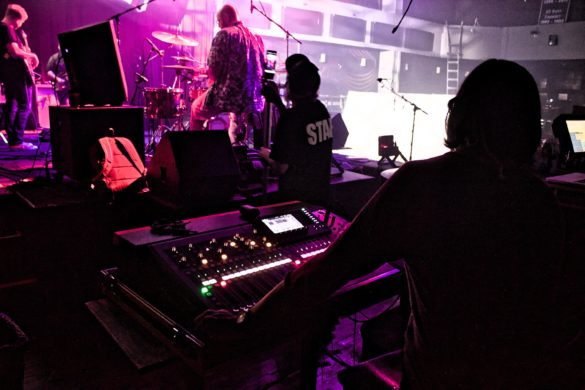 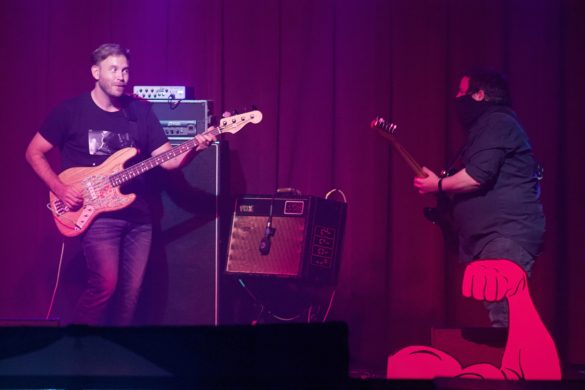 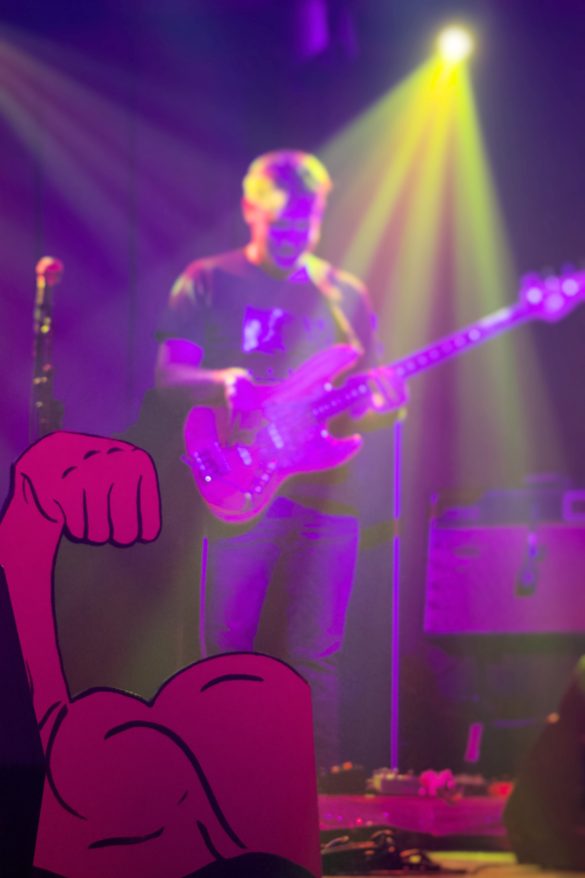 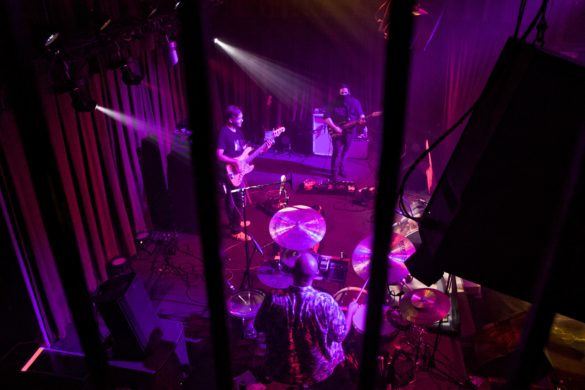 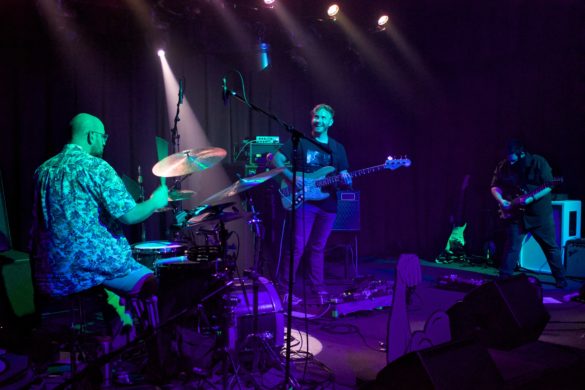 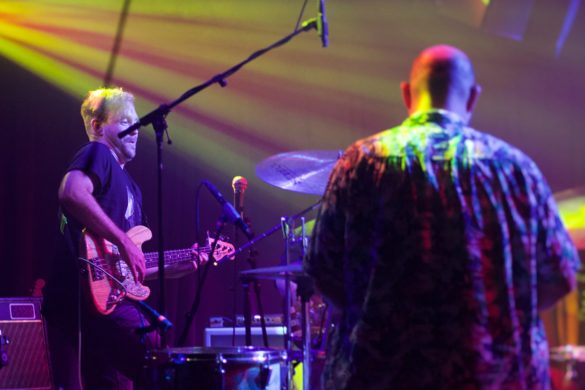 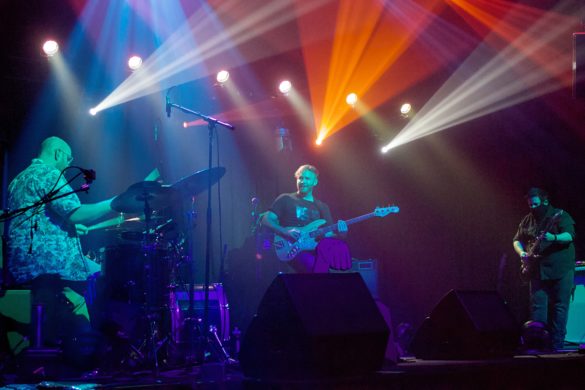 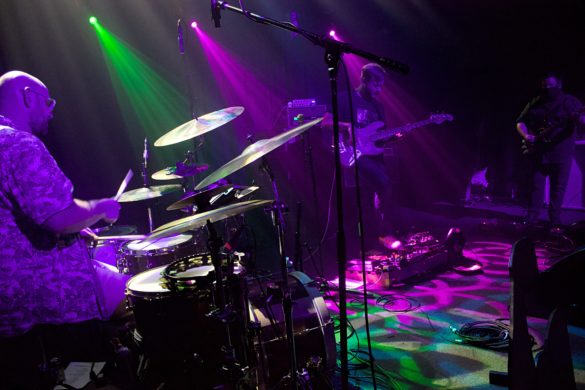