Here’s something we can say about live music in 2020: when it does happen, its really, really good. As the country potentially stares down the barrel of many more months of battling the current pandemic, large music events are out, but small, socially distant and safely held concerts are quickly becoming a new trend.

This past weekend, on Saturday July 18, Connecticut funk rock band No Mind played their first live performance in over four months, at Brick and Basil in Norwich, CT. The show featured two full sets of music played for a small crowd dispersed across the venue’s outdoor parking lot, and given that this was the the band’s first live showing in so long, it was a full force delivery of their colorful, jam-friendly material.

Up front, the acoustic rhythm playing of Trevor Giles matches with fellow member Cody Urban’s intense, gonzo-style lead guitar playing. The combination, along with the pair’s similarly rustic vocals, makes for a mixture that gives the band’s rock-rooted ballads their warmth and richness. Meanwhile, the band’s rhythm section, consisting of drummer Rob Madore and keyboardist Isaac Young, powers the low end more furiously than most other bands across the state. The duo’s melodic riffs are structured brilliantly into the band’s dizzying compositions, and the two’s unexpected bursts of solos and breakdown jams lend the songs their deep shades of prog rock and jazz.

Normally, No Mind consists additionally of bass player Max Schiavone. But with the fifth member of the band not present for this weekend’s performance, bass lines were handled by Young’s left hand on a second keyboard setup, with the right hand in charge of piano and keyboard melodies and synthesizer sounds—all while wearing a face mask the entire time, its noteworthy to add.

No Mind’s performance at Brick and Basil delivered two full sets of original music, in addition to “the one cover song we’re going to play today.” At the midpoint of the afternoon, the band performed a well-executed, up-tempo version of “In Memory of Elizabeth Reed.” The rest of the show was loaded with original compositions. In fact, a piece called “Color Shades,” coming just before the Allman Brothers classic, was a highlight of the afternoon, taking on an extended and thrilling stretch of improvisation. The second set in particular showcased a number of back-to-back songs from the band’s recently released new album, Bright Signs For Dark Times. “Bloodmoon” blends adventurous, solo-driven rock with drum-and-bass dance rock, while “The Chase” makes good on the album’s title, mirroring textures both dark and light, gritty and optimistic.

Below, check out the setlist and some photographs from No Mind’s performance at Brick and Basil, along with a sample track off their new album. For more information about the band, head to their website here. 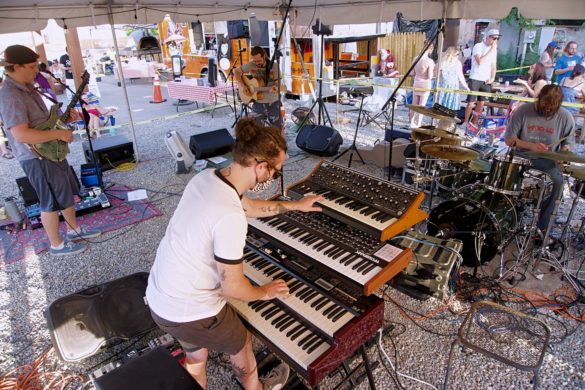 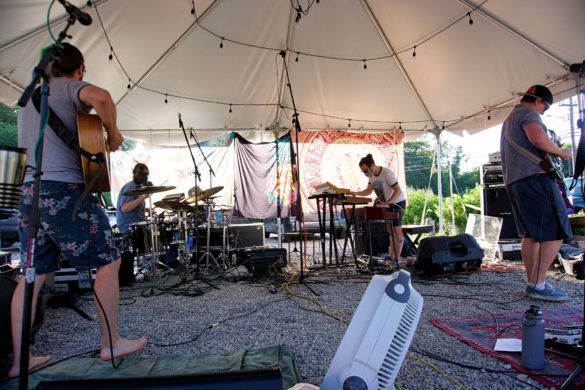 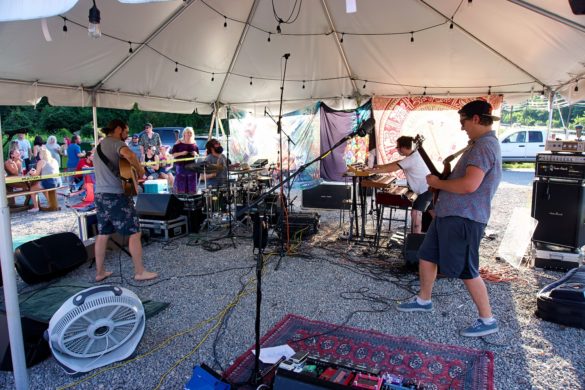 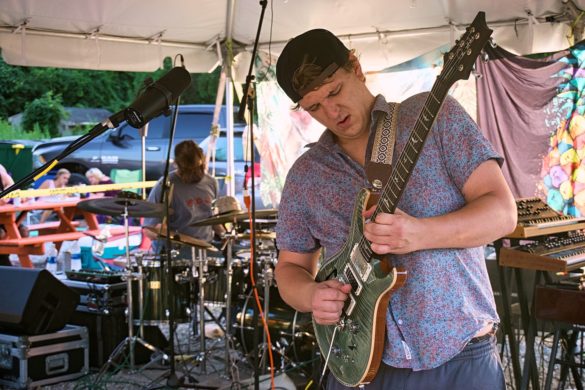 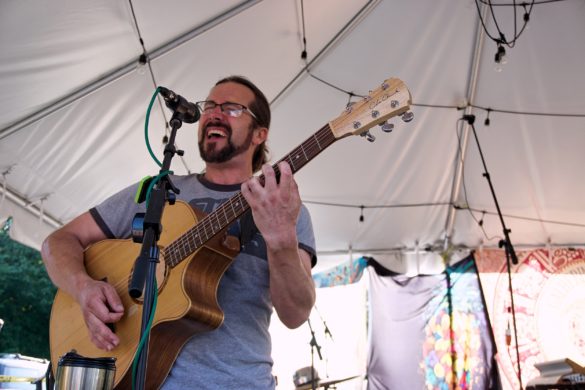 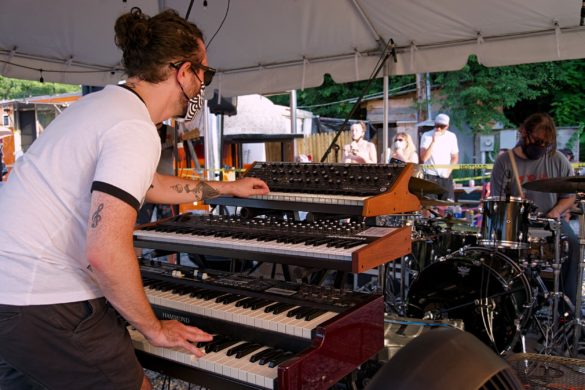 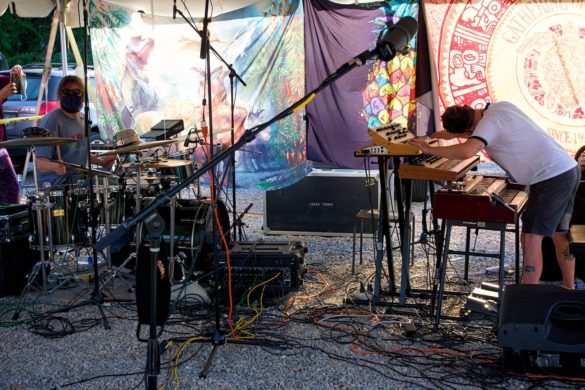 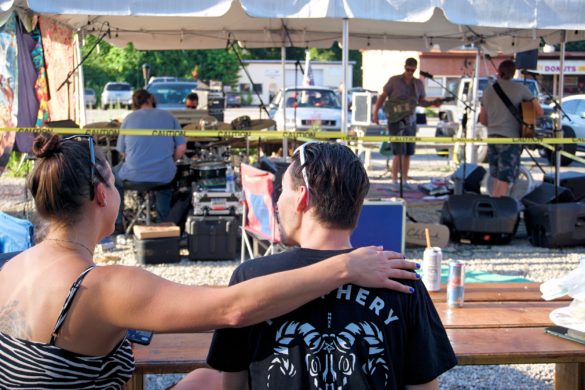 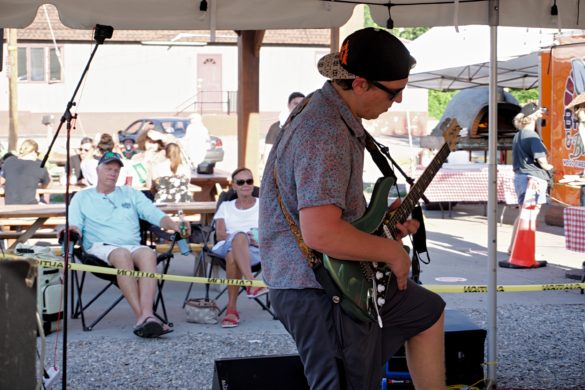 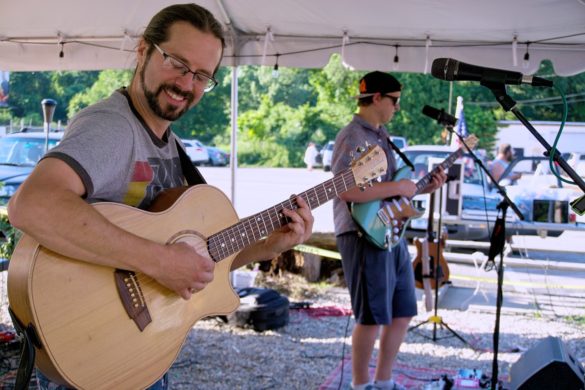 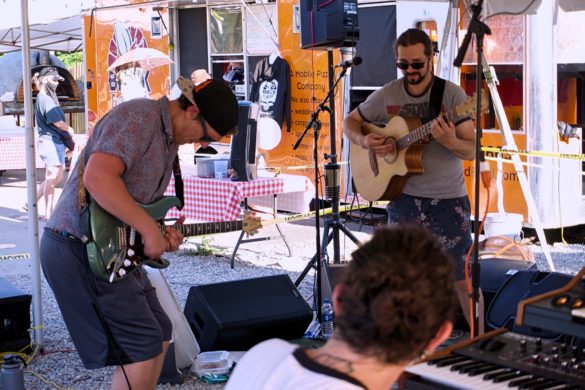 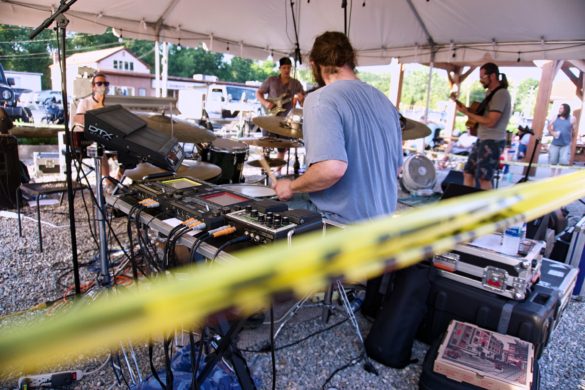