Delivering once again their insatiable mashup of a dramatic, indie-alternative rock sound that is super-fused with elements of psychedelic, jazz and funk playing, Ghost Light busted the first night at The Columbus Theatre in Providence wide open with a volcanic, hair-raising build on “Old Time Religion.” Past this send off, the rest of the weekend would be history. Both those in attendance for these final tour dates, and those listening or watching via taper stream at home, all seem to be in unanimous, post-tour agreement: that the band burned down the weekend with five comparably incredible shows.

It might be a fair assessment to make that Ghost Light has fast approached the lofty performance realm of Joe Russo’s Almost Dead—the other supergroup also joined by Tom Hamilton—in which a songbook is deconstructed to the point in which there potentially might be no piece of music spared from total, freeform instrumental interplay.  Much as in the case of Hamilton’s Dead supergroup, with Ghost Light it seems clear that on a nightly basis live musical improvisation itself is deconstructed. Natural extensions of songs into uncharted, multi-faceted territory aren’t the bonus, they’re the main event and the main experiment. Ghost Light has a medium length, albeit growing, list of original material that recycles itself across tours, and yet the most avid fans would probably tell you that they’ll welcome the same songs over and over again.

While song experimentation sounds commonplace for a jamband, no other group fresh on the scene has presented the same material in such astounding variety as Ghost Light. Take “Keep Your Hands To Yourself,” performed at least three times over this past weekend of five shows, yet sounding something entirely different every single time. Between Zwang’s tireless attack on the drums, Bowling and Hamilton’s bravado-emblazoned sense of soloing, and Mullen’s uncanny fit as a rock and roll front woman, the members Ghost Light are like five wild childs, darting in consistently unpredictable directions. And yet somehow their confident, fiery playing styles coalesce into a whole with a greater sum than its parts. They follow one another down-the-rabbit-hole style through sometimes impulsive, yet always super polished changes, and the result is like a group of artists performing the equivalent of musical parkour on a building designed by M.C. Escher. Bassist Dan Africano, it should be added, is new to the group since early 2019, and that he has fit into the band’s bombastic live presentation with a sense of ease and confidence speaks easily to his profound ability as a musician.

Each night of the past weekend reprised a similar level of enthusiasm and gusto for the band, yet spread itself across the enormous range of style and mood possible for them. Asbury Park, for example, was a steady burn of white light energy , and for Hamilton in particular, premium shred territory. Take the “Fever Dreams” jam that headed off the top of set two, in which the lead guitarist was strumming so ferociously, you might have thought he was trying to break his strings. In this moment, and many others in the night, The Wonder Bar was frantic with excitement. The kick-off for that night, “Nickles and Dimes,” also rocketed itself outward into an unexpectedly tension-filled jam, taking the crowd immediately off their guard. To get a feel of what it was like, spin an audience tape of the show here.

Compare that to, say, the very lush first thirty minutes of Saturday night’s show at The Hamilton in DC, in which set one’s “Diamond Eyes,” “Keep on Growing,” “Winter War Games,” and “State Police” all traversed more gentle, surreal territory, held together by a feather-weight groove and a rosy haze of color. “State Police” in particular wound down to nearly nothing, spots of complete silence punctuated in round by piano, bass, and guitar. Super-far-out-there bits like these aren’t any less enticing than the band’s more energetic and ballistic stuff. Listen to the audience tape on this second to last of the DC’s first set here, and you’ll hear zero talkers—a room transfixed.

The second half of Columbus Theatre in Providence, on night one, dropped a jam of similar cosmic proportions. Hamilton rocked a slide on his guitar, the first of several times over the weekend, over a gorgeous space-rock section, that tinged itself on psychedelic dub, This first night’s encore even beat that out for most spine-tingling moment of the first night, with the band harmonizing in a completely haunting way on “Down On The Bottom,” a debut cover for them of a New Basement Tapes song. Sometimes Ghost Light is so roundabout with their show that it’s hard (at least right now for this reviewer) to keep track of where we are in a setlist—especially on nights the band performs ambitiously segue-fests, which is a lot of the nights. Since last fall, when the band started to give official names to major songs (Untitled D-Riff became “Best Kept Secret,” “If You Want It” became “Hands”) and then really around the time of putting together their debut album—the January-released Best Kept Secret—the band has made song transitions the name of the game. Many sets have literally been of non-stop music featuring several pieces of music that the themes and melodies of songs back and forth between one another. Sometimes this comes in the form of a simple reprise or two, but often it has been a series of three, four or five songs winding around one another multiple times.

Again, bands have accomplished this before, but that a year-old band has been able to pull this off with such aplomb, on song material so relatively fresh, is arguably nothing short of miraculous. Watch the members of Ghost Light on any given night even for a short enough time, and you’ll see this amazing exercise in action: For instance, in Asbury Park, there was the moment guitarist and lead singer Raina Mullen smiled at Hamilton as the teases of “Streets of Brooklyn” crept very inconspicuously at first into the end of “Doorway to a Silent Chamber.” Or the way the drummer Scotty Zwang beamed cheesy when he matched a heavy drum riff with Bowling’s stacatto-chord hit on “Afraid.” Playing with such abandon, they’re often the first ones even before the audience to reveal just how much fun their process is.

Suffice to say, it would seem that, for now, the magical well of unique improv from which Ghost Light is digging looks bottomless. As with pretty much any other part of this review, the follow-up to that would be: just listen to them play, and you’ll hopefully pretty quickly hear what we mean. The only way to verify any of this review, and that this band is indeed the real deal, is to see them live.

You have plenty of chances ahead this summer. Ghost Light, like many other busy acts of the music scene, look ahead to a summer full of festival performances, like Rooster Walk 11 and  Summercamp Music Festival next weekend, as well as Electric Forest and Peach Music Festival later this season. In addition to that, they have dates all around, from Colorado to Connecticut and in between. Check out the full list of their dates, and other info, at https://www.ghostlightband.com/ 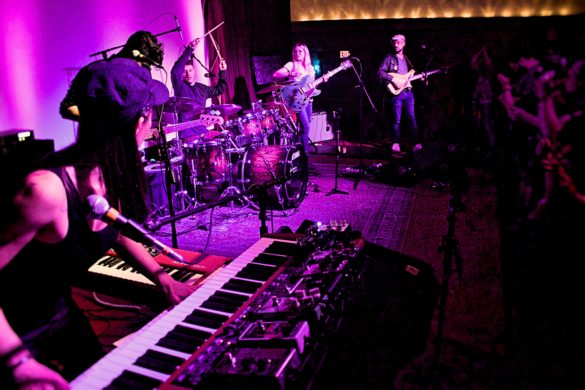 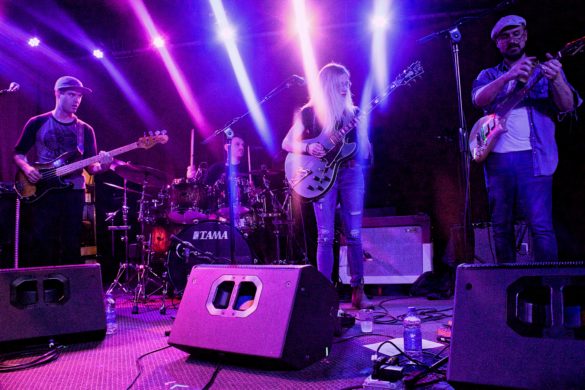 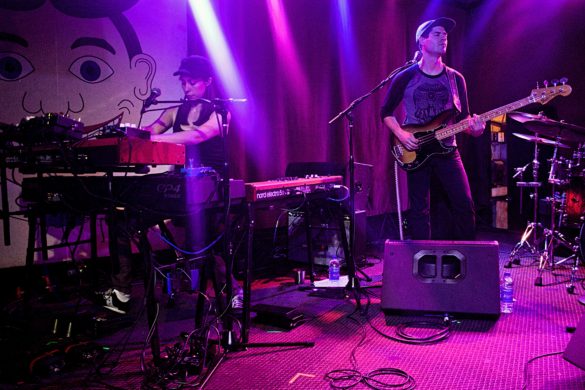 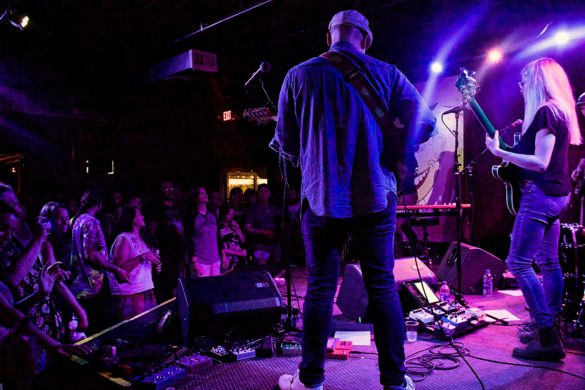 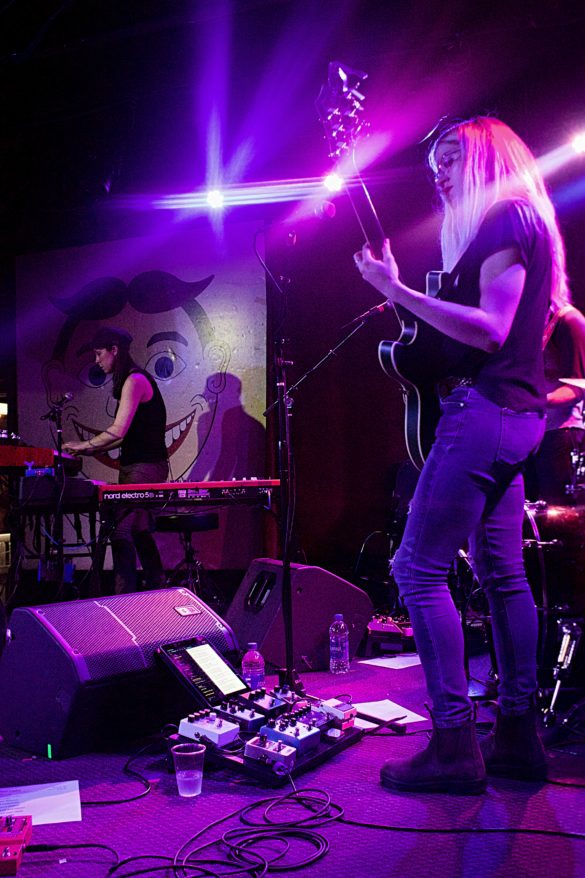 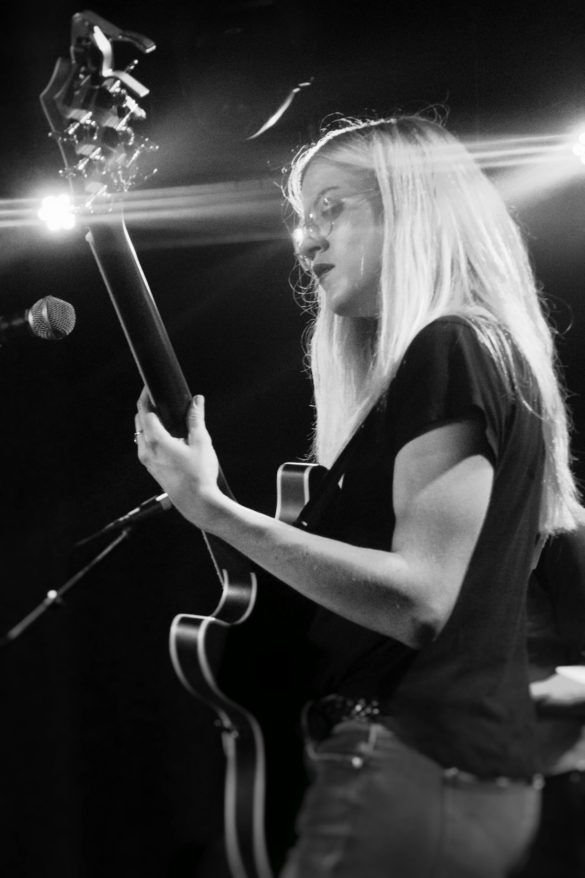 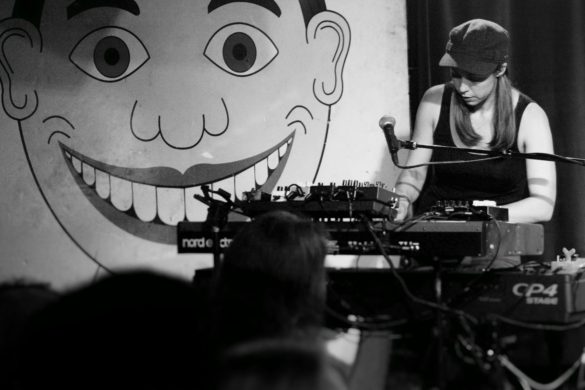 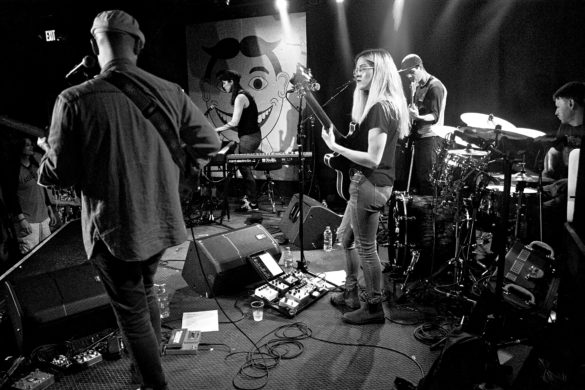 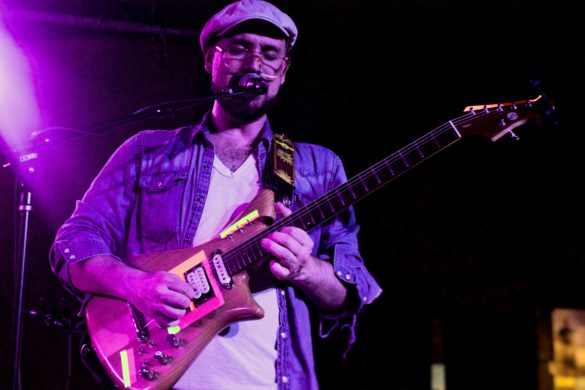 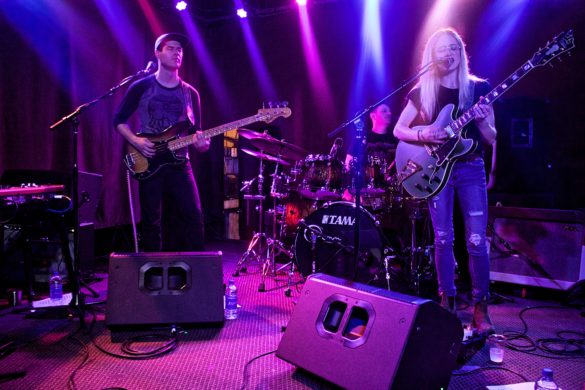 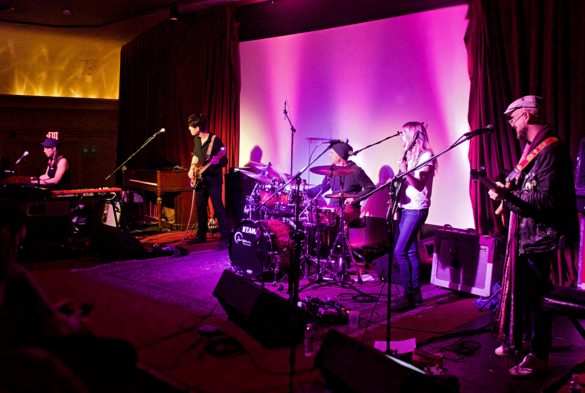 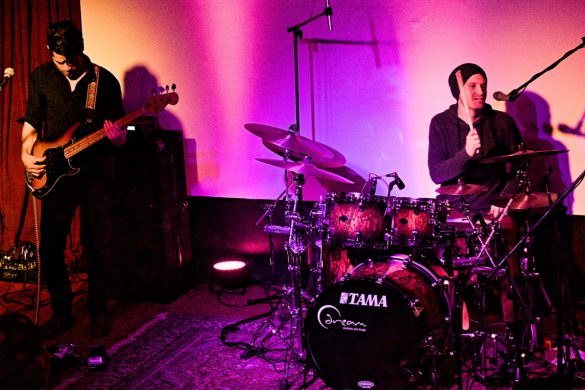 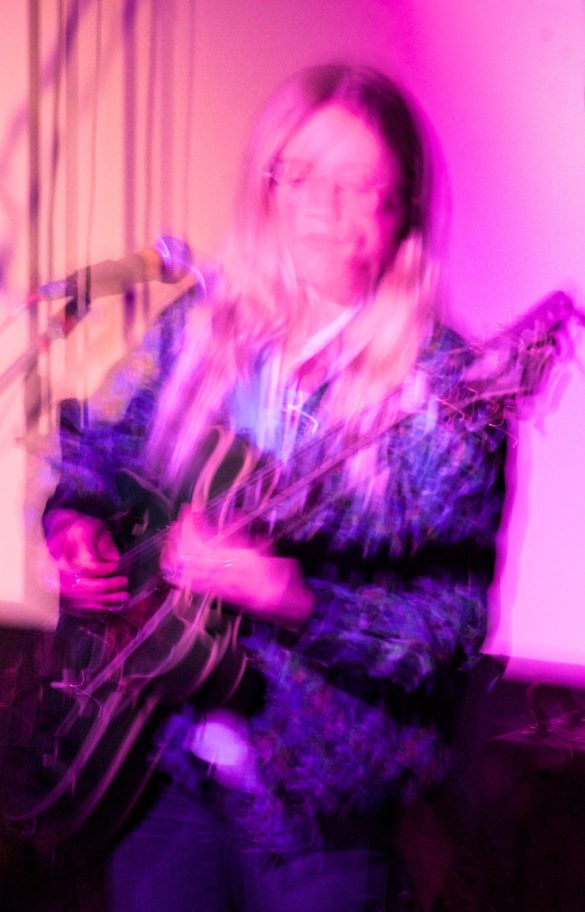 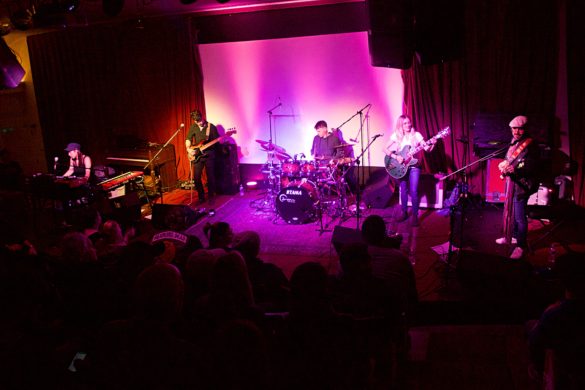 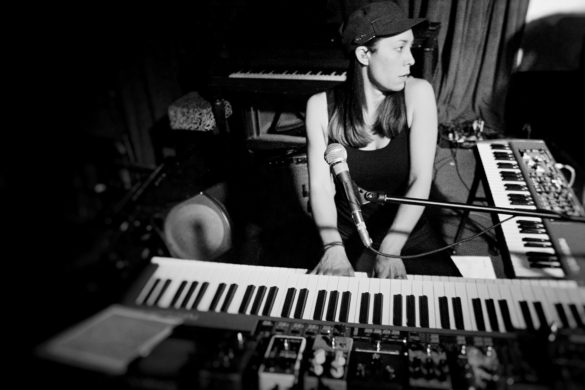 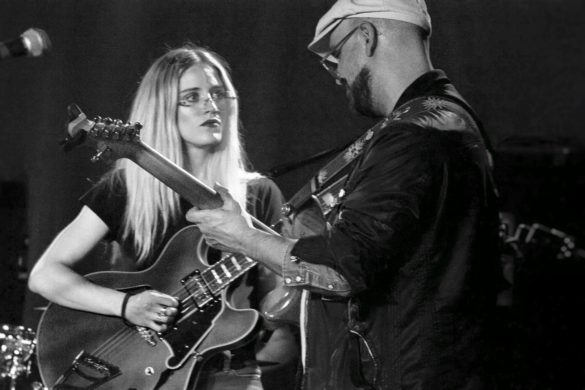 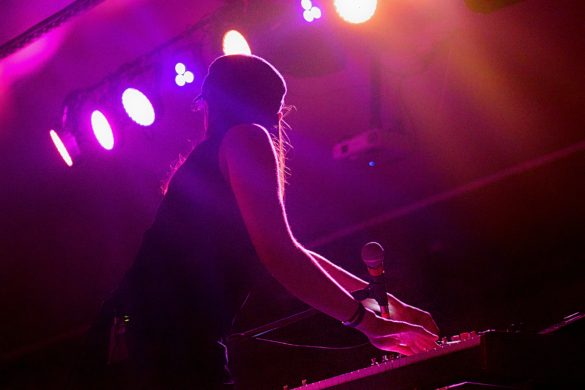 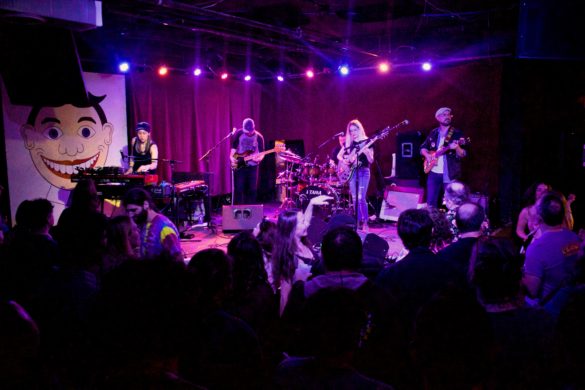