A sellout crowd packed into Terminal 5 on Friday, February 23. Situated in midtown Manhattan, this multi-story venue is a heaven for bands and DJ’s alike. Dutch electronic music DJ and producer Don Pepijn Schipper–more commonly known by his stage name–Don Diablo, took the decks for a night of uplifting synths and sounds curated by his future house vibes. Future house, a genre coined in 2014, is Don’s signature sound, especially given his number one ranking in future house producers according to a 2017 Beatport list.

Don is currently on a worldwide tour with Belgian DJ and producer Lost Frequencies. They have labeled the Tour “FUTURE” to promote Don Diablo’s latest album, Future. Released on February 9. It is Don’s second album of his career, consisting of singles debuted once monthly since September 2017. The album was released under Hexagon Records, Don’s very own label which is also a euphemism to the Don Diablo culture as a whole.

Originated in 2014 by Los Angeles design firm, VSquare Labs, the Hexagon is the foundation of Don’s visuals. From his album art, live animations, and most recently his fashion product line, the Hexagon is as deeply embedded into the Don Diablo fanbase to whom he refers to as “Hexagonians.”

As the venue packed with a dance-hungry audience, Lost Frequencies took the stage for his one hour set. Opening with “Rather Do” by Wolvo ft. Reign, he was right on track to get the crowd into a groovy state of mind. He continued this feel throughout the set, with soft transitions and music from himself, Zonderling, Swanky Tunes, and Joe Stone. The set was crafted with an emphasis on keeping the crowd moving, rather than an energy build and drop typically associated with electronic music.

Following his set, a short break ensured the energy level stayed constant as the decks were prepared for Don Diablo. Visuals projected at this time displayed some creative terminology associated with the word “Future.” As the lights faded and a computer generated voice addressed the crowd as “Hexagonians,” the energy in the room was through the roof. Strobe lights and deep bass lines were used to present Don to the audience, as he dove right into his first song, “You Can’t Change Me.”

The whole venue seemed to have taken flight at that very moment. With the crowd raging in unison to Don’s euphoric synths and deep kicks. Energy buildup was instantaneous, with lights, CO2, and visuals perfectly curated to the sounds which kept the crowd moving. The venue was well equipped for this type of performance, and the smoothness in which it was executed was flawless for each and every move Don made.

Don Diablo is often complimented for how well he is able to transition his songs live, and this night was no different. Each song felt like an extension of the previous, albeit with completely different production and energy. Yet, because of Don’s impressive ability to read a crowd, he was able to perfectly time each song with the spirit the fans brought.

Many DJ’s play other tracks of similar genres featured on the same label as the performer, but Don’s 40+ song set consisted of 95% his very own music. This allowed for non-stop singalongs, and wonderfully timed bass drops which made for a more exclusive feel and connection to Don. It was as if this was Don’s very own house, which alludes to the phrase, “House time is anytime and anytime is house,” in his hit song “Anytime,” which he played in the middle of the set. Following “Anytime,” Don began to throw bangers out left and right from “Drifter,” to “My Window,” and “Keeping Your Head Up.”

The set was full of surprises, with new unreleased music and even a guest appearance by his close friend, Carlos Cid, known by his DJ name CID. With several tracks on Hexagon records, Don and CID work closely, but craft a completely differently feel in their respective music. CID was on stage to premiere his latest track, “Werk,” and stuck around for one of their most successful tracks, “Make Me Feel Better,” which is a collaborative remix between Don and CID. Other notable songs from the mind of Don Diablo included “Cutting Shapes,” “Tonight,” a remix of “Don’t” by Ed Sheeran, and an exclusive remix of his very own “I’ll House You.”

Despite overall being a very high energy set, Don was able to bring the atmosphere down to a groove to wrap up the night. However, this was only a mere ploy by Don, as he had planned to drop the last few songs with as much energy as possible, totally deceiving the crowd and giving them one last chance to dance their hearts out. Confetti was launched to commemorate the end of a journey down a heart pounding, chest thumping, high energy night with one of the world’s top DJ’s. Smiles were seen on every fan as they continued to dance towards the exit of the venue on Friday. The next day, Don was off to Vegas to do it again, but he personally stated on social media New York was the very best night of his life.

Written and photographed by Daniel Stein 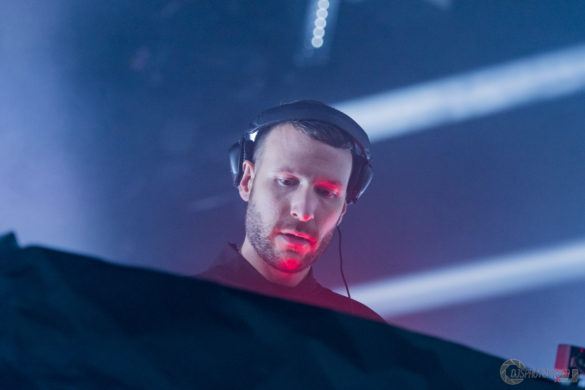 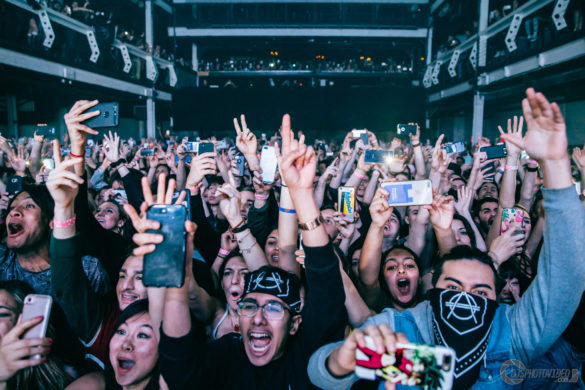 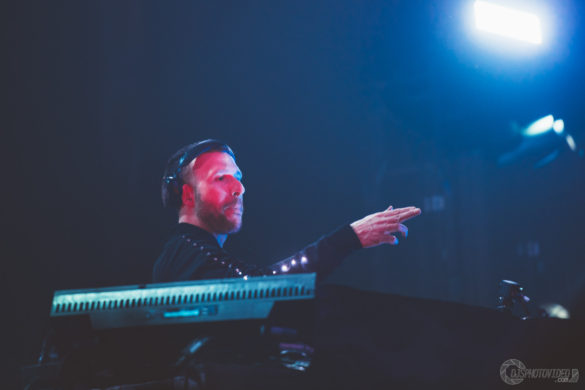