“Everybody in the room nods their head.” That line, coming at the end of “A Hard Life Makes a Good Song,” begins a verse about singing one’s song to a room full of people, one that might aptly apply to The Infamous Stringdusters’ now finished fall tour. When the band walked off the Irving Plaza stage Friday night, the crowd of several hundred people crammed into the front floor area were stomping on the ground in rousing, repetitive unison. They had just been wooed, wowed and exalted by a truly terrific dusters set.

While this might sound like overpraise for the five piece—consider it reporting, also, on the fact that’s plain to see if you’re there: the Dusters are a band that are able, as much as they ever have been in their history, to make sure that every last person in a very large room is enthralled.

This debut show at Irving Plaza opened with “See How Far You’ve Come,” and a follow up of “Love and Light,” and this second song invited a bit of beautiful musical headspace right away. Over their last couple of tours, The Stringdusters have been perfecting an epic three-song swing of “High Country Funk > 2001 > Blockygrass” and the first set at Irving Plaza was delivered a prime version. ‘Blocky” came like a bullet out of “2001” at an atypically double time speed, for one of the first thrilling jams of the night.

The intensity of duster jams is always a team effort: it’s amazing that their improv is pretty much always the combined creation of all five players, a melding into one single, furious effort. Yet each Duster does find a turn time and again to lead the rest of the band through through strong moments. Any individual solo taken has the potential to lift the collective from the band into something suddenly bigger and brighter. Examples from this night: Andy Falco absolutely shined in the middle of The Allman Brothers’ “Jessica” with some passionate guitar soloing, whereas Garret went pretty wild on the upswing of “Hard Life.” After a “Bathtub Gin” teaser jam (another fun one that the Dusters have practiced live a few times now), Chris Pandolfi took charge on the maddening ending to “Dancing In The Streets.” That the Dusters love their Dead also seems more apparent at each new show they play. There was “Big River,” coming mystically out of an improv-shifting, bluesy jam from their own “Gravity.” Then a couple members dueted some “West L.A. Fadeaway” teases in the intro of their own “Get It While You Can.” You might also consider “Dancin” a third dead nod, given the way they ripped it, although it was definitely sung in the original Vandell’s style.

And if you’ve gotten to see The Stringdusters this year so far, you might also agree that their newest material, off of the most recently released Laws of Gravity album, has fit right into the mix of their best live stuff. Friday night’s show included great versions of some of the album’s more explorative tracks, like “Black Elk” and “Maxwell” and that “Gravity.” “Soul Searching,” too, is a song that is as odd as it is pretty, and a pretty cool contrast to the rest of the night’s stuff.

The LOG material also is the latest reaffirmation that while the Dusters’ jamming is rarely, if ever, less than masterful, the chops don’t ever lose as their musical  counterpart in the rich quality the songs themselves. Colorful melodies and warm, inviting tones—and seriously smooth vocals—are presented just as up front as the spontaneously frenzied improv breakdowns. “Get Lucky,” maintaining a definitely pop-ish kind of feel, might have left just a bit of a bitter taste in the mouth (unless you’re into this kind of cover), but being that this is a group that will always surprise you with what moments the improvisational inspiration will suddenly hit, the Daft Punk number actually took on one of the most riveting, tension-filled climaxes of the night. And hearing all of these formidable jams one after another after another, it begs to wonder that only imagination might limit the kinds of musical places The Infamous Stringdusters could reach together.

For their encore, they invited tour mate Chris Jacobs to join on guitar for a couple of great covers. Jacobs had opened the night with his own band, where he displayed his own incredible guitar work within the context of his band’s very cool style of songs blending country, blues, and hippie rock into one. When Jacobs took the stage, there was some show of mutual admiration between him and Andy Falco, and so then it was expected, and wholly satisfying, that the two got to square off for a great guitar duel within the fray of “For What It’s Worth.” Following this to cap the evening was “Sitting On Top Of The World,” where Jacobs slid easily into the flow of The Duster’s fluid picking, almost like a sixth member.

Though their touring is finished for now with this weekend, The Infamous Stringdusters will return to Strings and Sol in early December, followed by dates in the southeast and in the west with Dangermuffin, Keller Williams, and Leftover Salmon. In addition to this, they also recently announced their 2018 winter tour, which you can find out about on their website. 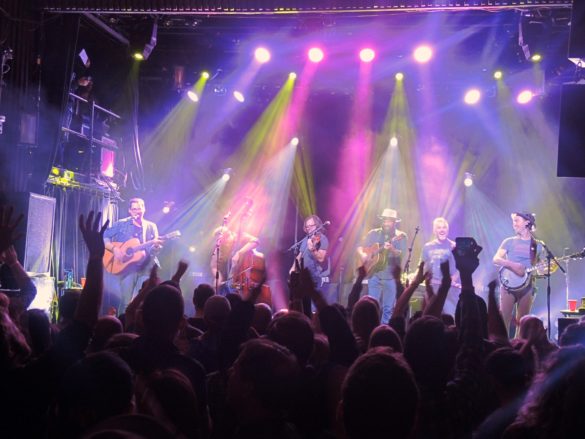 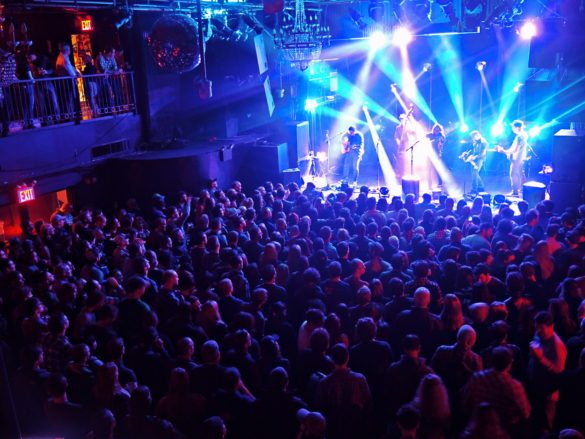 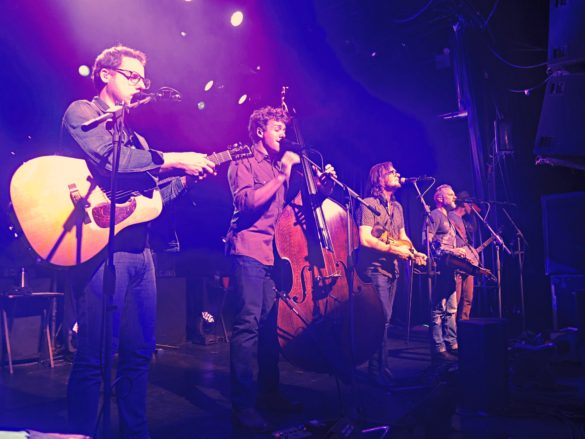 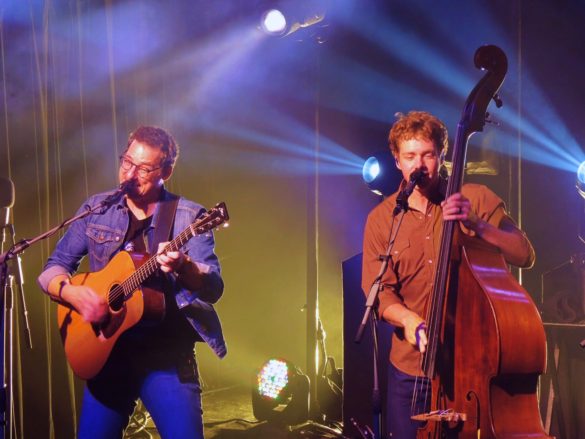 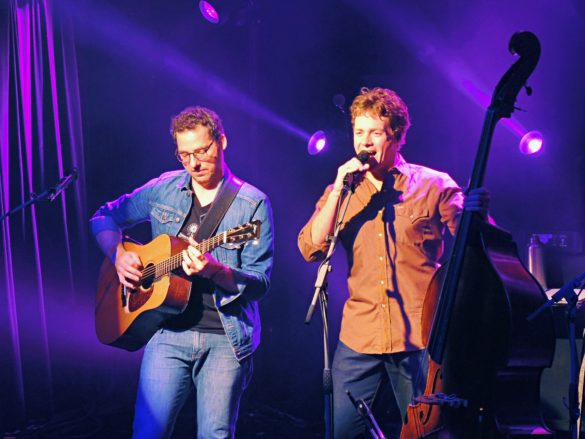 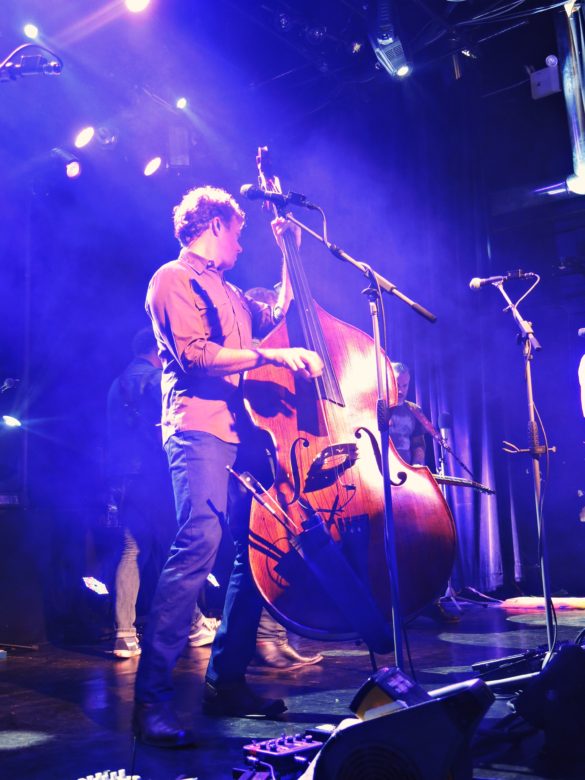 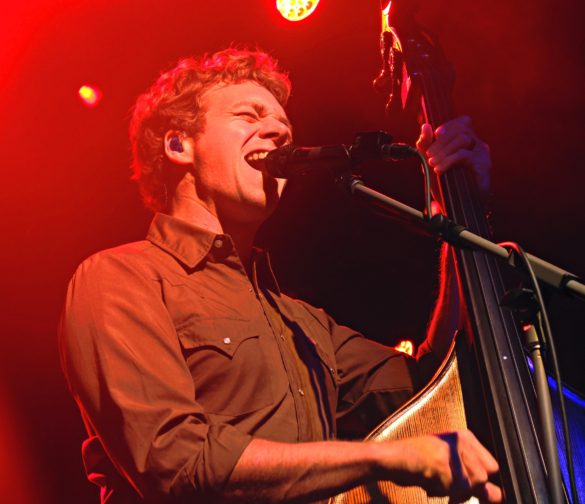 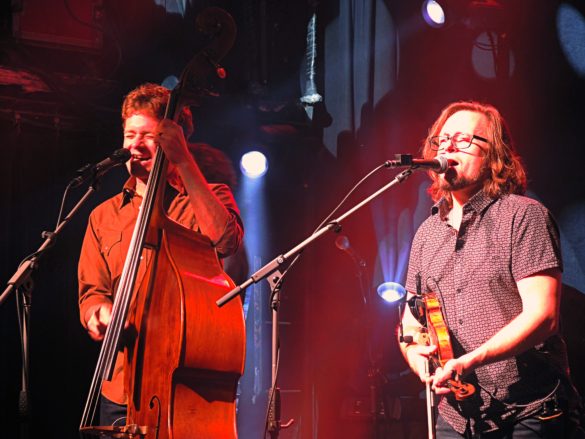 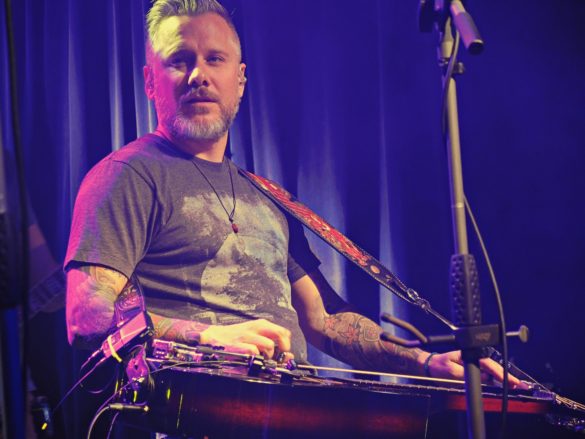 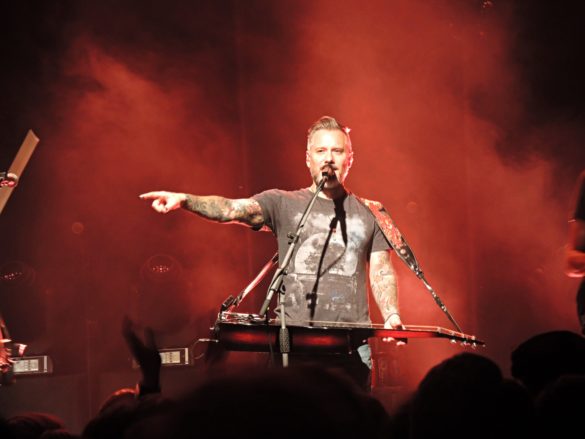 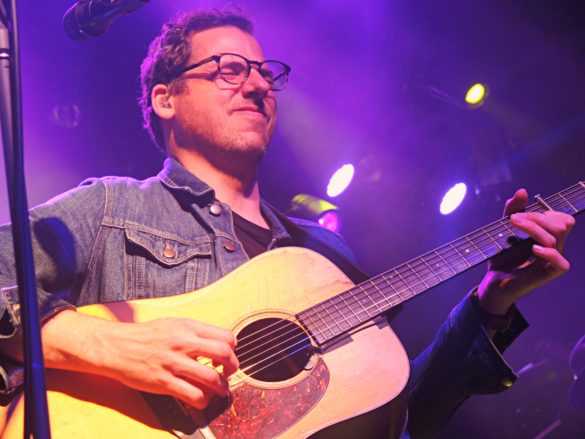 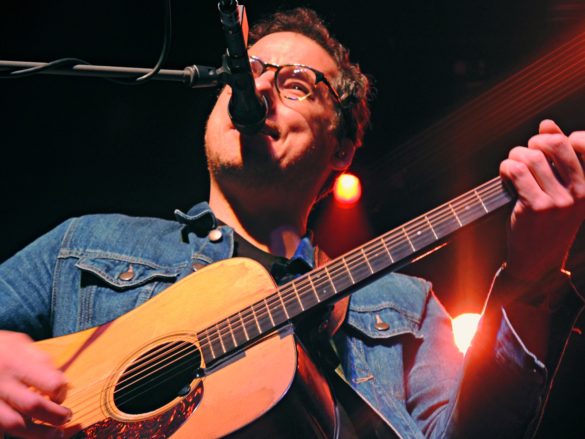 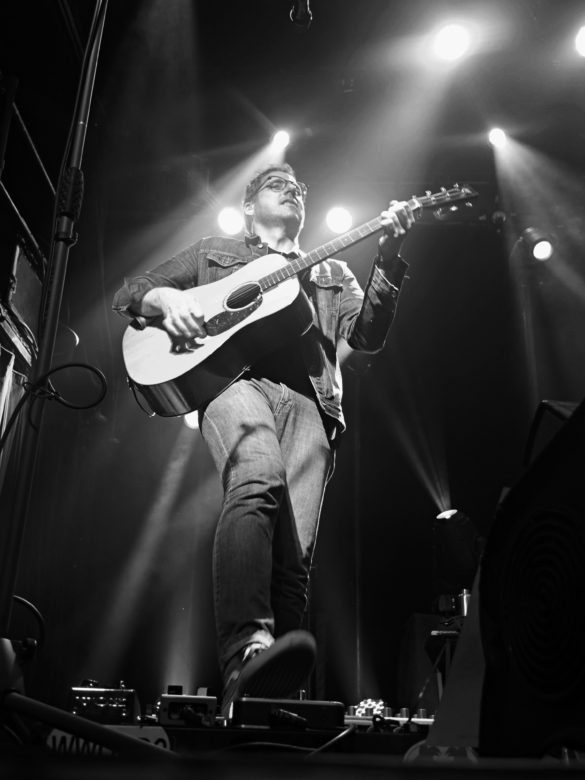 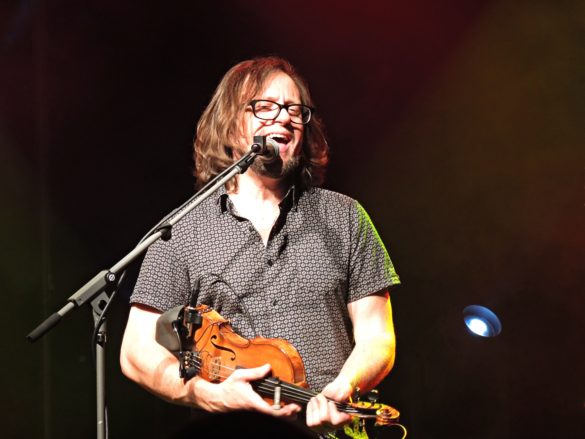 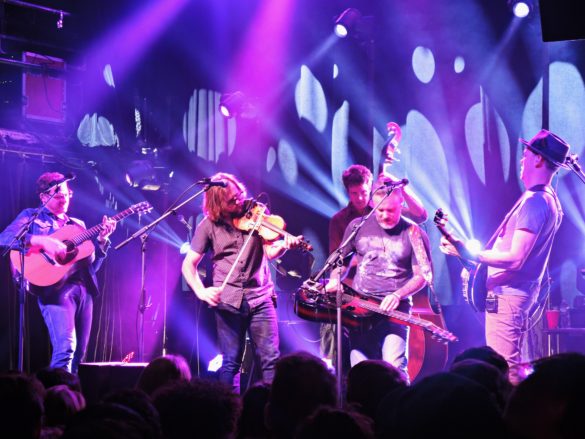 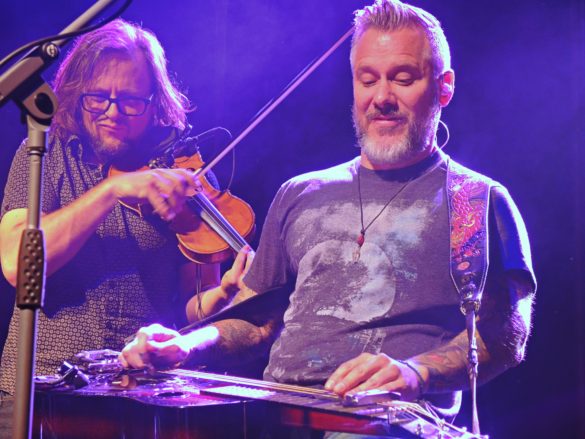 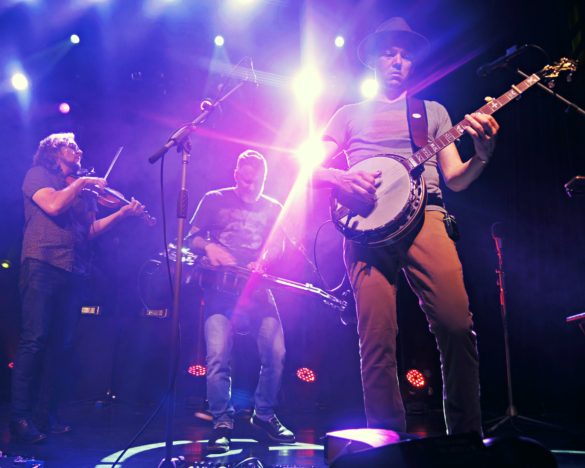 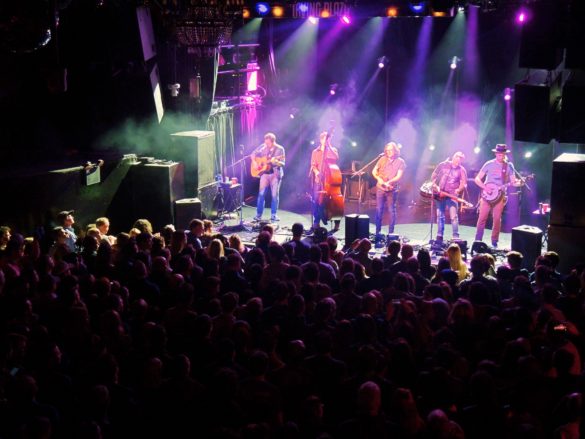 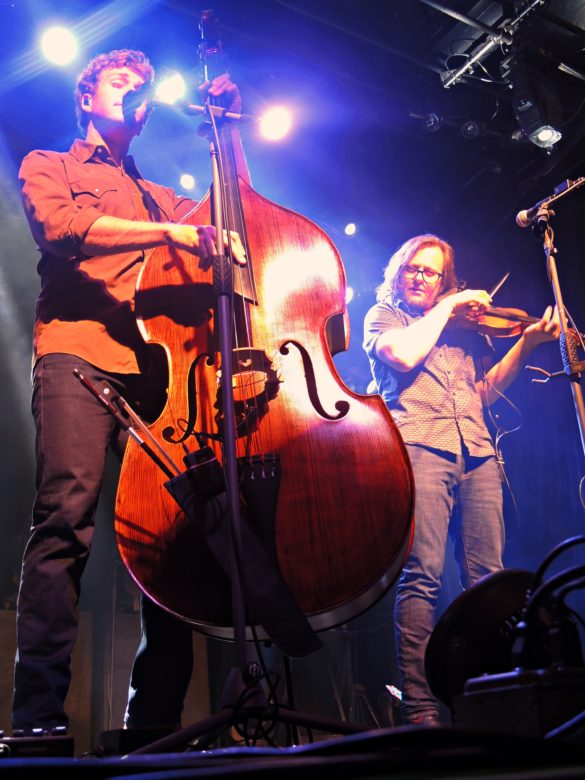 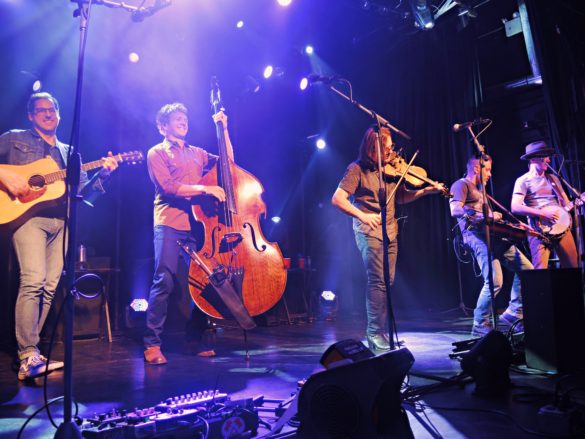 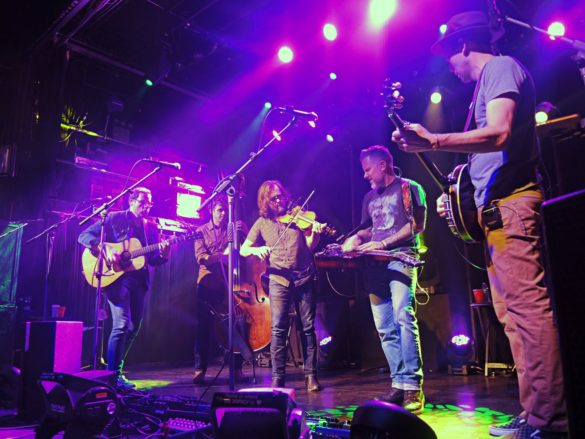