When it comes to Everyone Orchestra shows—the all-improv performances created by mixes of jam scene musicians—one can never predict how good they will be, or even how they will sound. The ominousness of the election night show one year ago at the Brooklyn Bowl showed this point for sure. This past Friday, Matt Butler, conductor extraordinaire, reconvened a group at this Brooklyn venue again, one that included the likes of John Kadlecik, moe. guitarist Al Schnier, bassist Karina Rykman, Soulive and Tiny Universe drummer Alan Evans, Disco Biscuits keyboardist Aaron Magner, and horn players Natalie Cressman of TAB, Matt Mayner of Snarky Puppy, and Rob Ingraham of The Revivalists. On paper, this seems like an odd, although certainly powerhouse, assortment of players. And yet, this night was a pretty fantastic one, with these eight musicians creating some pretty multi-faceted, and hugely entertaining jams throughout the night.

Butler always has every Everyone Orchestra lineupwarm up with a funky first, and here the band sounded Guitarist Al Schnier took a dreamy sounding solo on this first one that felt pretty nice. Then, it was off with the round of band member-began jam sessions. Alan Evans kicked off the jam, with a fast, heavy jazz kind of beat, and what was immediately cool was they way Karina Rykman jumped on it almost instantly with a matching bass line. A sign that there was going to be some true cohesion between members this night.  As this first jam furrowed into a darkish, psychedelic swinger, John Kadlecik belted out a terrific, tension-taught solo out of nowhere, upon which the horns and the band capitalized on with a nice dramatic build, and which the crowd let out roars for. It was an amazing moment early on in the evening. Kadlecik then took his turn to start the next jam, and his actually did not sound unlike one of his very own tunes. But who could be upset about that? Especially since the band managed to channel his notes into a happy, feel-good musical jaunt—a sunny stroll through the park kind of jam. Here, the horn section of Cressman, Mayner and Ingraham started to really work together, to great results. They came up with a great, dramatic horn line to shine at the apex of Kadlecik’s colorful session.

At the midpoint of the show, for the fourth jam of the night, Butler held a sign up that read simply ‘disco,’ and nobody on stage needed much time at all. Together, everybody dove straight into a classic sounding, Gloria Glayner-style disco jam, and they strolled on this one patiently to make for one of the longest improv sessions of the evening. Eventually, it cemented into a very secure. Magner and Mayner had a very entertaining moment here, in going back and forth with some crazy, jazzy solos.

Then, Magner’s jam was a beautiful contrast to the frenzy of most of the night, starting things off with some dreamy piano work. Kadlecik joined in soon with some tender guitar playing. As the band eased into it for a drifting-through-the-clouds sort of shuffle jam, Cressman took the mic for some pretty, pop-ish vocals. Ingraham absolutely wowed at the heart of this one with a passionate saxaphone solo that stretched to screaming audience members all the way in the back of the room. At the end of this one, Schnier and the horn section matched up together on a cool riff, so in sync that it almost sounded like a composed piece. But it was just another gem crafted on the spot. Rykman had kickoff duties for the last jam of the night, and she seemed to have a neat bassline cool already ready to go. Once the band moved in on it, the destination was a wicked cool, middle eastern sounding funk jam. Some sitar-toned soloing from Kadlecik and smoothly chromatic lines from the horn section furthered this theme, growing the jam into a sullen boogie down for a lonesome desert trek. The tune morphed though a couple of varying colors though, like an electronic edge after some blips from Magner, and a hard rock push towards the conclusion.

Jumping off of Cressman’s solo, Butler rounded off Karina’s jam, and this pretty epic night, with an awesome, audience sing along section on the words, “Oh, oh Natalie,” an ending for the evening that was equal parts laughable and charming. 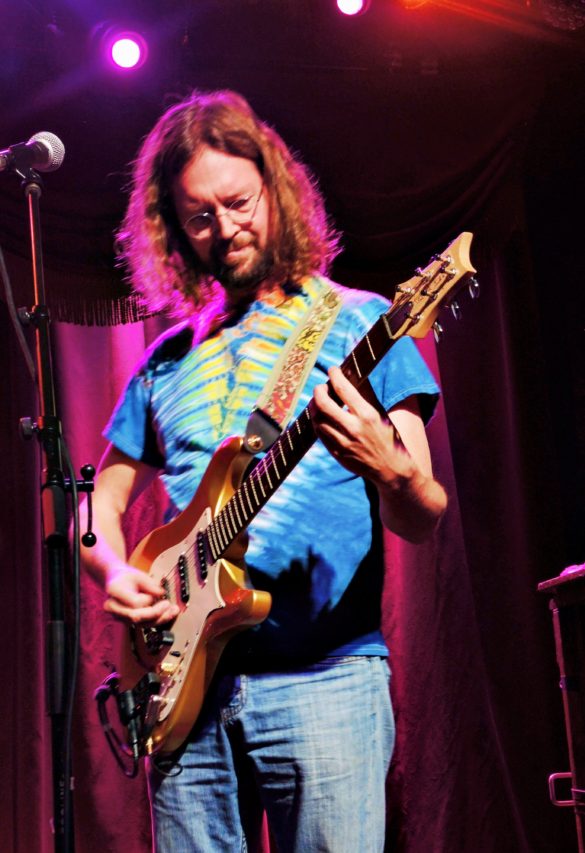 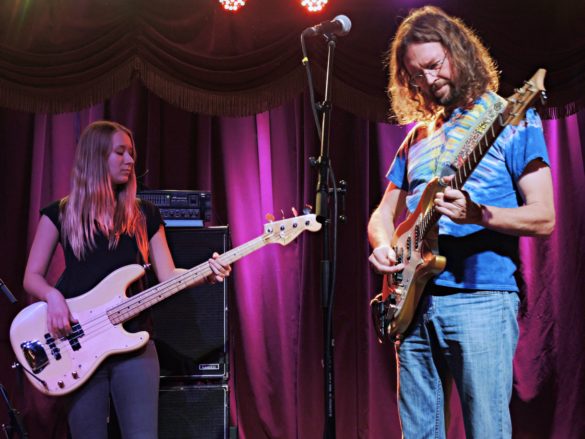 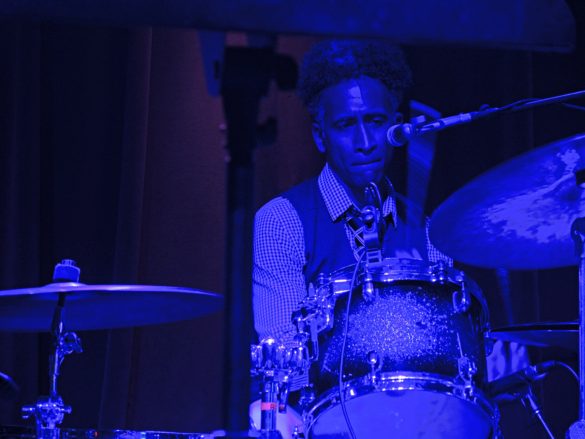 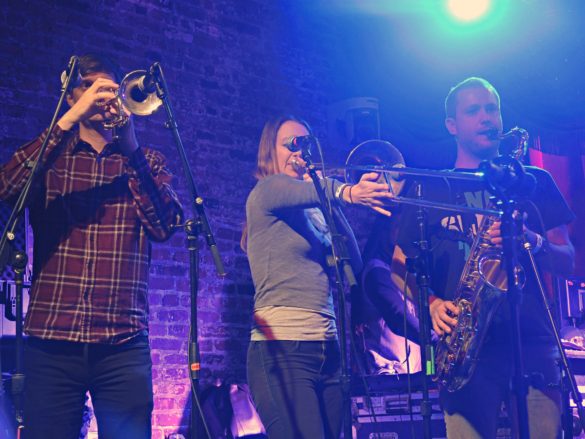 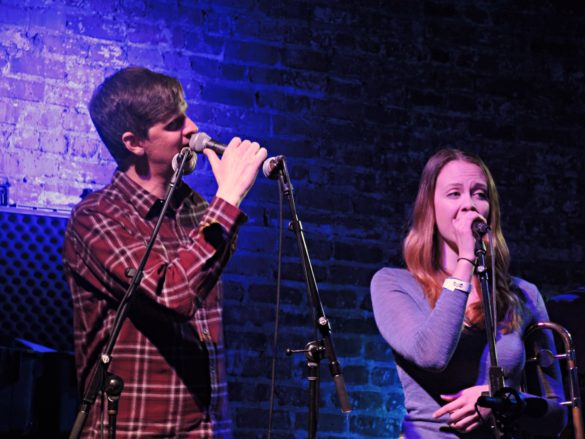 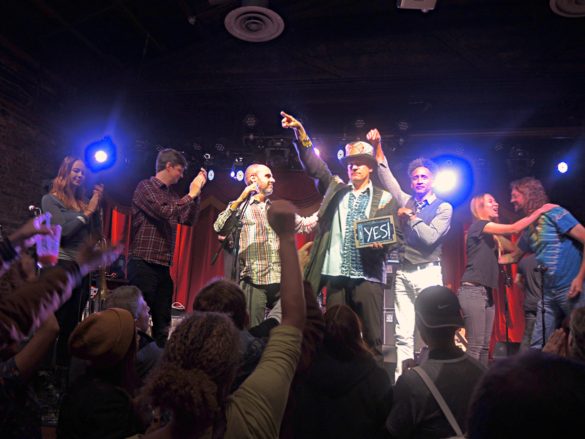 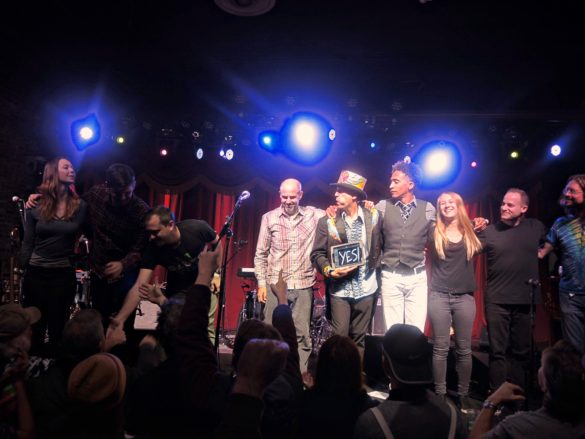 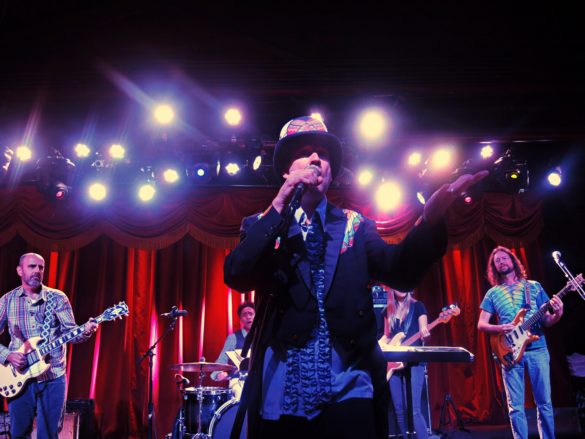 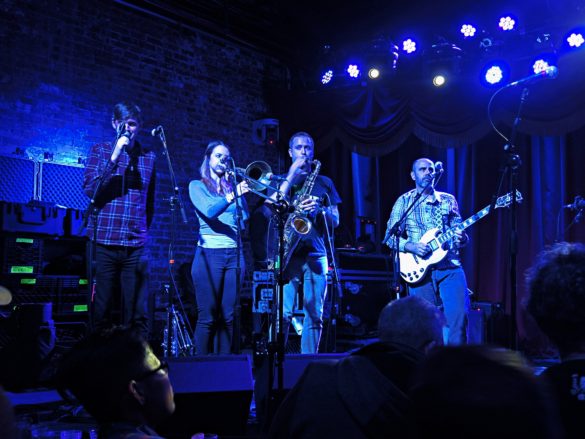 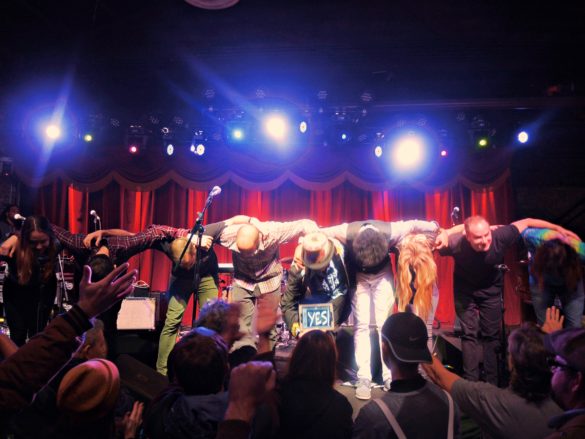 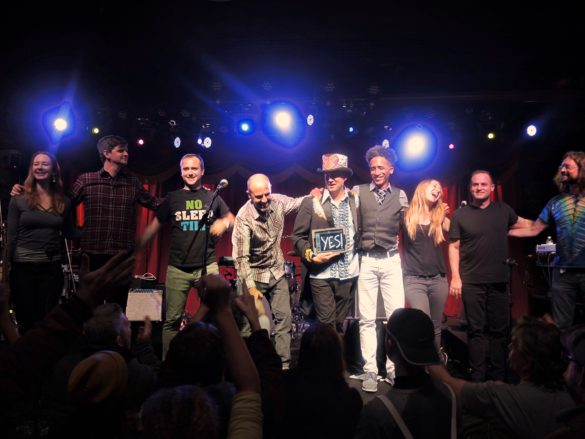