Our first Q&A is with Nick MacDaniels, guitarist and lead singer of BIG Something, a six-piece North Carolina band most recently touring in support of their new album, Tumbleweed, and alongside Umphrey’s McGee this spring.

The Poke Around: So this summer you’ve got a packed tour, LOTS of festivals. Will this be Big Something’s first time ever at FloydFest?

Nick MacDaniels: Well, this will be our first time back in over six years. We actually played Floydfest in 2011 as part of the Under The Radar series when we were first getting started as a band. It was a huge opportunity for us at the time. We played two sets that weekend – one late night set on the Global Village stage, with the big fire-breathing metal dragon, and another evening set in the Pink Floyd Beer Garden. Both sets had huge audiences so it was a great introduction to a lot of awesome music fans from throughout the region. We are really excited to come back!

Now that it’s been a few years, what are you looking forward to in returning to FloydFest?

Floydfest is a very unique festival with a great vibe. Lots of cool people and art and culture mixed with great music. I’m really excited to play on a couple of the bigger stages with some later set times. Plus we’re playing two nights again, so we really get to dive in and experience the event as a whole and stretch our legs musically. Also the artist catering is amazing so definitely looking forward to the meals (laughs).

Giant Jam Sandwich: FloydFest Family Picnic is coming up on June 4. They’ve got quite a stacked lineup, including The Mantras, People’s Blues of Richmond, The Werks, TAUK and Sol Searchers. I know you’ve been on the same bill with several of these bands in the past, whether it be the many festivals you’ve played together, or even one-night gigs. Will this be a family picnic of your own in a way?

Yes, all the homies! We are good friends with all of those bands so it will definitely feel like a big musical family. It will be very cool to play the amphitheater in Roanoke for the first time too. It’s a beautiful venue.

Let’s talk about your new album, Tumbleweed, released earlier this year. You’ve said that this album is a “post apocalyptic desert trip,” a little darker in subject matter than your past material.  Where did the idea of that setting come from?

We really liked the idea of this character aimlessly wandering through a desert wasteland at the end of the world, trying to survive. We worked with a lyricist a lot who does not actually play in the band, but he’s kind of like our seventh member – Paul Interdonato. He’s one of my best friends that I’ve known since we were little kids. He kind of imagines a lot of the scenes and concepts and characters for our songs and then we piece together the verses and choruses, kind of like stories, with the intention of making each song a journey. This song and album in particular were influenced by everything that’s been going on in the world recently and the feeling of impending doom, so I think that’s why it’s a little darker and there’s a lot of post apocalyptic imagery. I was also watching that movie Mad Max Fury Road a lot at the time this song was written.

How has it been touring in support of Umphrey’s McGee this spring? Has that exposure open some doors for BIG Something?

Definitely, it was an amazing experience that we learned a lot from. And so cool to see a band on that level still be so humble, down to earth and genuinely nice people. Without a doubt one of the nicest bands we’ve ever played with. You can tell they take pride in taking good care of their opening bands which is so cool. We learned so much musically and professionally just from observing their whole operation. They’ve got things down to a science when it comes to putting on a show. It was very inspiring and definitely put us in front of a ton of great music fans in a lot of really cool cities we had not been to yet, like Austin, Texas and New Orleans.

After five years of The BIG What, BIG Something’s annual summer festival, you’re moving the location to Shakori Hills for year six. What’s the story behind the move?

This will be our third venue. Our first two years were at a really cool wooded venue in central North Carolina called Possum Holler. Those first two years were so magical and fun, but both times the grounds hit capacity as it was only a 30 acre property, so it became logistically difficult. Our next 3 years were at Lynch Farm in Mebane, North Carolina, and we also loved this venue very much and had some truly amazing times there. We will definitely miss it but was a full time farm and we knew we would eventually have to move to a different location out of respect to the farm and its owners. Now in our sixth year, we’re very, very excited about our newest venue, Shakori Hills. They have festivals and events there year round and there’s just a really cool vibe there with a great infrastructure already in place and plenty of room to make it as big as it can be. It has a really awesome permanent wooden stage that we will use as our second stage and then we’re bringing in a really nice main stage, plus a late night tent. It’s also in a great location in central North Carolina, not far from Possum Holler and Lynch Farm so it just made a lot of sense as the festival continues to grow and evolve. We’re looking forward to making this the best year yet! 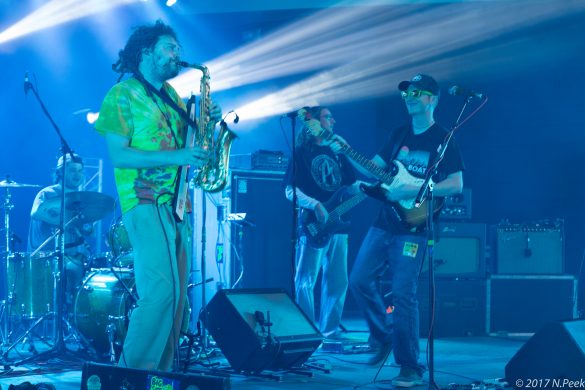 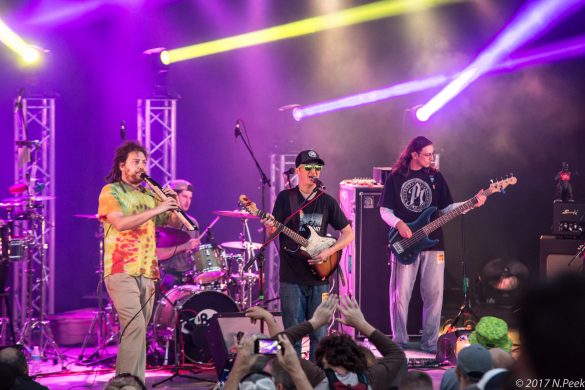 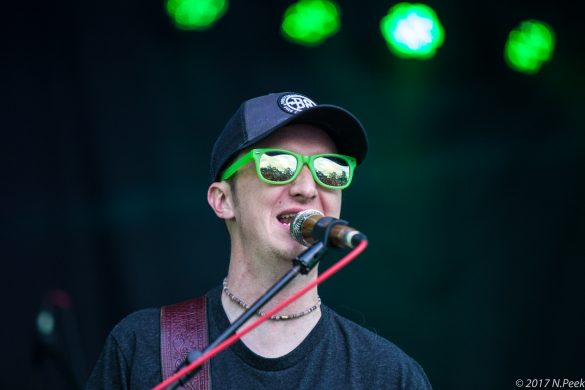 On the Radar: A Q&A with Evolfo guitarist Matt Gibbs