The Hillbenders, a five-piece progressive bluegrass band from Springfield, Missouri, have been rising in the scene in recent years with their combination of fresh-sounding Americana material and classically-styled, immaculate picking chops.

Recently, they’ve brought an awesomely bold musical project to the world, a bluegrass tribute to The Who’s legendary rock opera, Tommy. Concerning a physically disabled, but mentally superior young boy that survives abusive characters to master pinball and start a worldwide religious cult, it doesn’t sound like something ready-made for a bluegrass band. But, taking their show to NYC this weekend, to the Michael Schimmel Center for the Arts at Pace University, The Hillbenders proved otherwise through the music.

For a nice bonus surprise, The Hillbenders prefaced their Tommy Set with an opening of original music, mixed with some neat covers. It takes about twenty seconds to confirm that this is a first-rate group of musicians. That’s about the time they’ve finished the chorus of their first song for the evening, an original called “Hey Boy,” and started to fly off the rails with tight, succinct, but energizing picking.

Probably because of the impending dramatic bleakness of the second set, both musically and story-wise, they kept things pretty light-hearted with this first set, playing staple covers like the early-rouser “Rollin in My Sweet Baby’s Arms.” But the set also gave a brief glimpse into The Hillbenders’ own catalogue, which were melodically-rich and appealing songs that had the band warming up nicely with some fantastic playing already. The set ended on a high note, with a charming cover of The Beatles’ “Oh Darling.”

The Who’s lauded rock epic starts with an “Overture,” that began with theatrical, glam-ish sounding chords that rang in beautiful harmony across all of these bluegrass instruments. It was clear right away that The Hillbenders were going to do this mega work of rock real justice. But it was still remarkable how naturally these songs translated to bluegrass genre. On songs like “1921” and “Sparks”–the tunes that have Tommy go deaf, dumb and blind, and then discover the genius of his inner psyche–they pulled off the artsy, drama-rock feel of the original opera, but then in the next moments hit The Who’s rock ‘n roll parts with great breakdown jams. In these stretches of playing, The Hillbenders again and again showed the strong chops of all five members, pulling the climaxes of a number of the songs into great little musical peaks.

A nice touch that added to the theatrical-atmosphere was each member taking turns after each tune to narrate the next segment of Tommy’s crazy story. And when they each did so, it showed a genuine reverence for this work they were paying tribute to. Banjo player Mark Cassidy says, “We hate this part of the story, we wish we could skip it, but we can’t, folks. We’re going to see..”

To which the whole of the audience, enthralled at this point by the band’s musical performance, gave a big collective shout of “Cousin Kevin!” and then “Uncle Ernie!” the names of the characters that treat Tommy’s ineptitude with games of psychotic torture and physical abuse. On songs like these, the band’s vocal chops shined on The Who’s whacky vocals, hitting both great harmonies as the whole band, and nailing individual moments.

The second half of the Opera boasts some of its best songs. Coming at the midpoint of the work, of course, is “Pinball Wizard,” which the band played with contagious enthusiasm that invited the entire audience to yell out it’s famous last chorus lyric.

“I’m Free,” coming later, is actually one of a couple tunes throughout the opera that hits in its peak that same famous guitar riff coming just before the lyrics in “Pinball.” The riff came off so well out of these microbursts of picking, with all members locking into each other’s playing.

As they did so, band members began to travel around stage, enticed by the musical buzz of each other. Sometimes the mandolin player and banjo player would face together, in a duel within the fray of the entire group going off, sometimes it was the guitar player and banjo player, and often it was combinations of three players, standing in an impromptu circle and finding a groove together.

There was “Sally Simpson,” the pretty, americana-esque track about one particular follower in Tommy’s religious cult the band noted as being the one feel-good moment in the entire bleak opera. Then “Welcome,” which the banjo player prefaced with “Let’s get a little funky here, folks,” was a great song that The Hillbenders’ progressive grass skills treated gorgeously.

The encore for the night might have actually been the evening’s topper, though. The band pulled now from The Who Sells Out to play, “I Can See For Miles.” This had the crowd coming to their feet in cheers as they pushed it for a good-length, tension-building ride, complete with musical theatre-worthy harmonies, for a fantastic finish to the night.

The Hillbenders will continue the Tommy tour this weekend on the 31st, with two dates in North Carolina, then Washington D.C., four nights in Florida, and then out West throughout April. 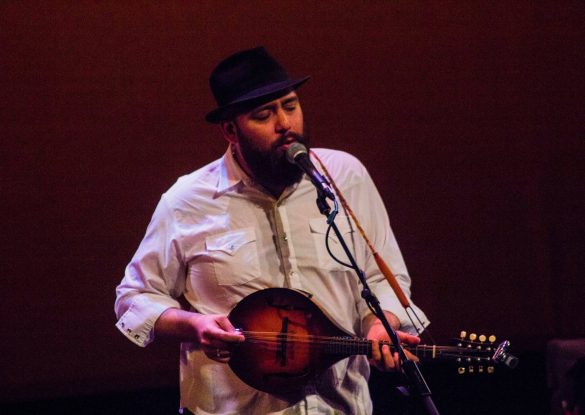 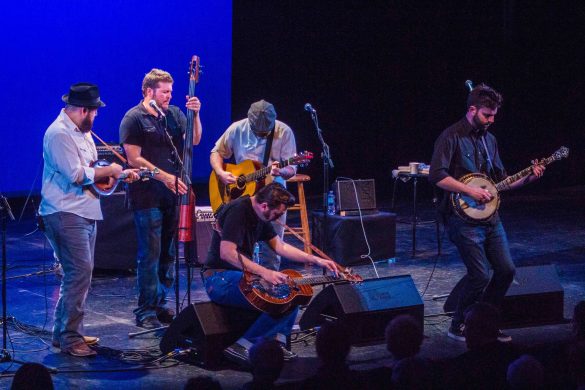 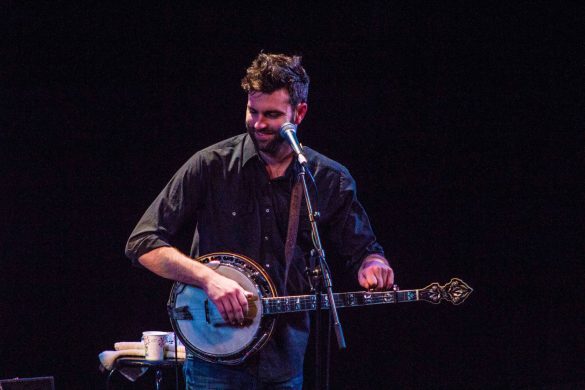 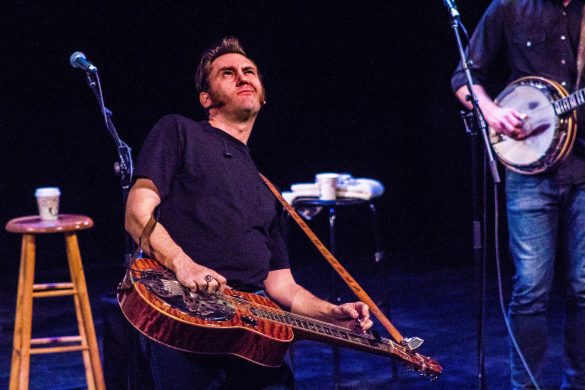 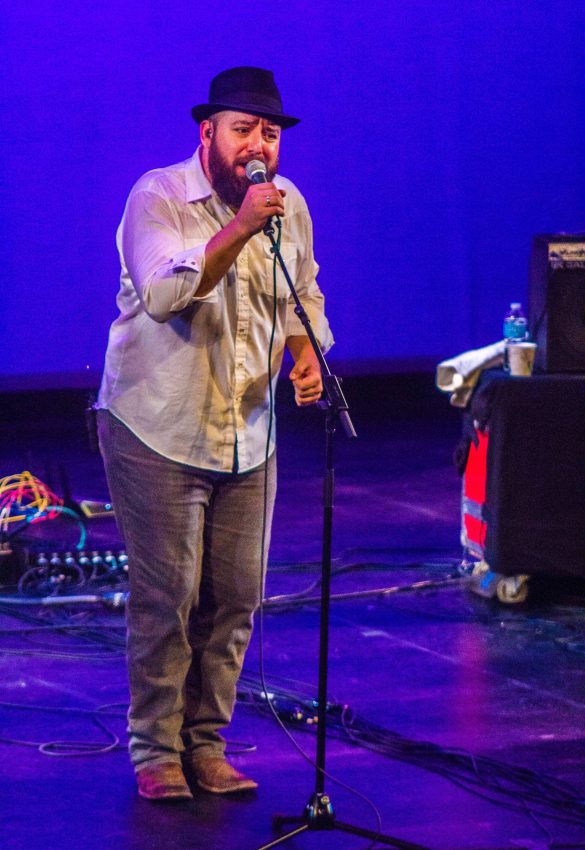 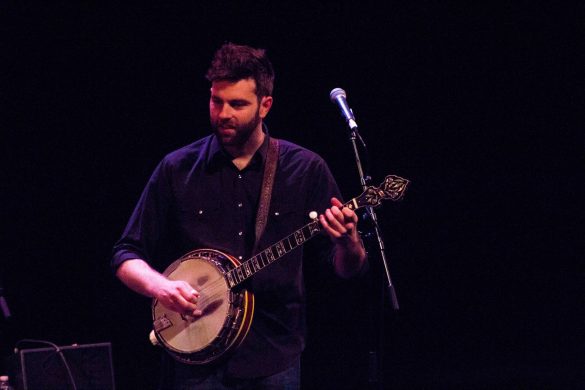 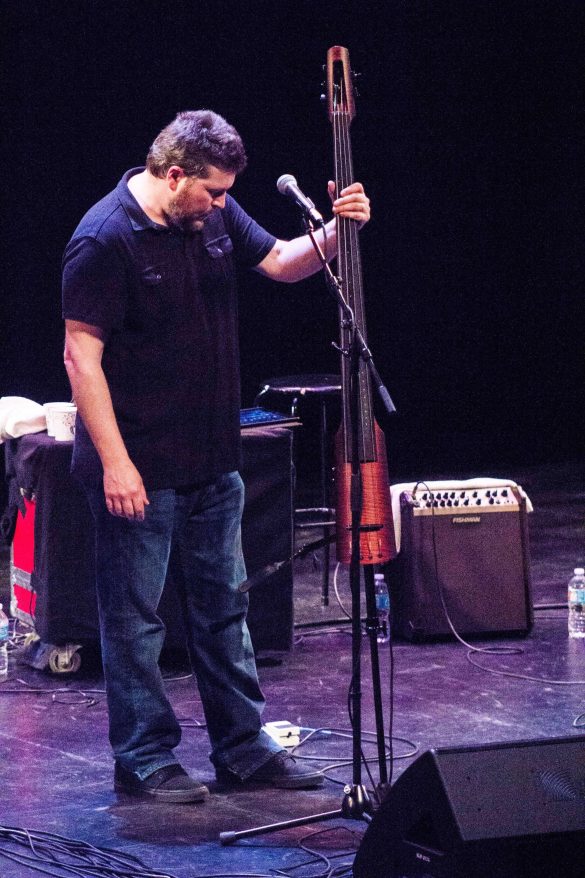 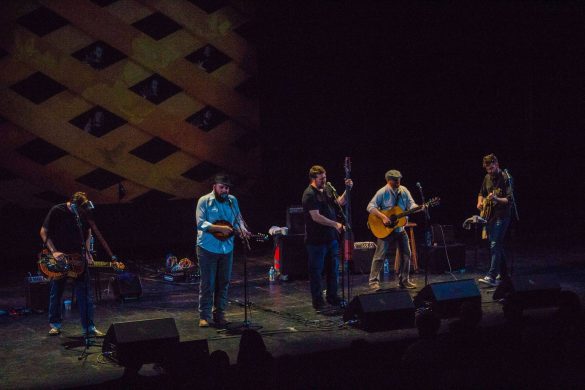 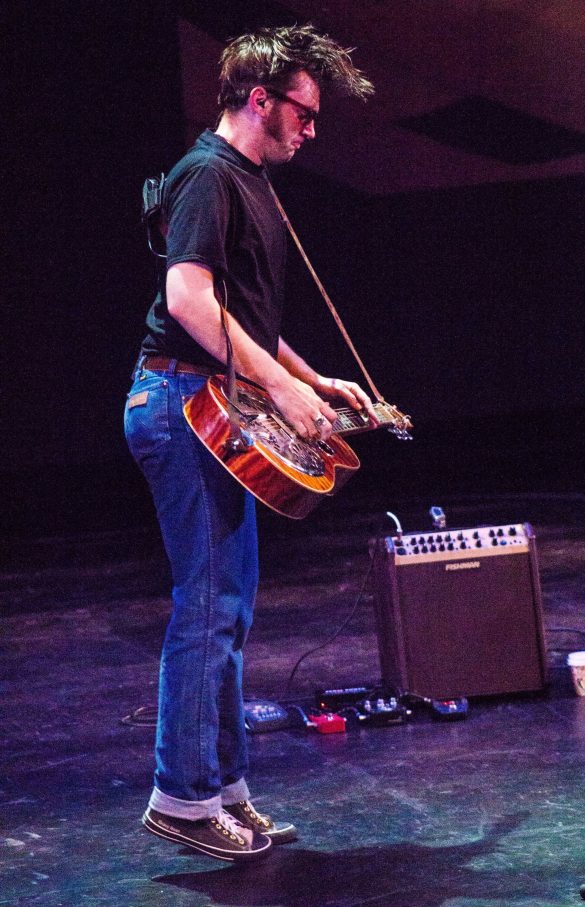 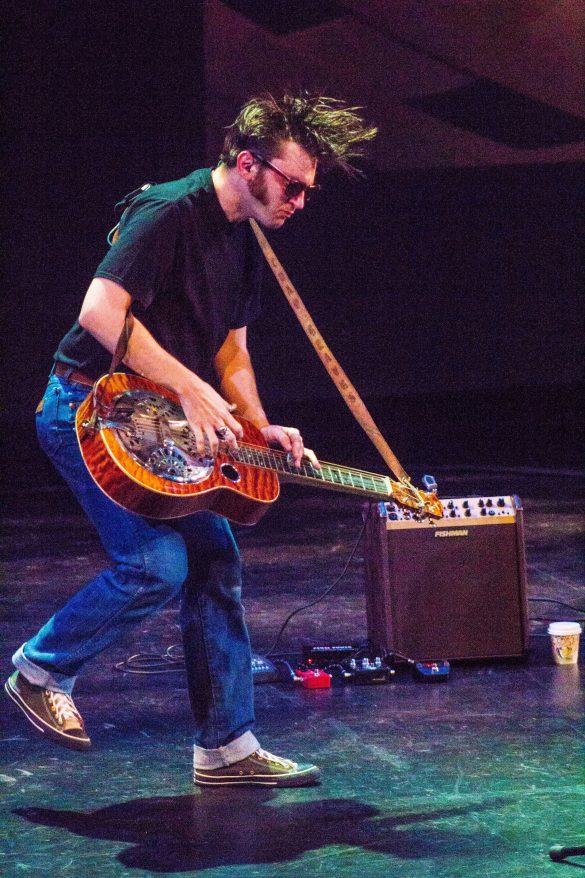 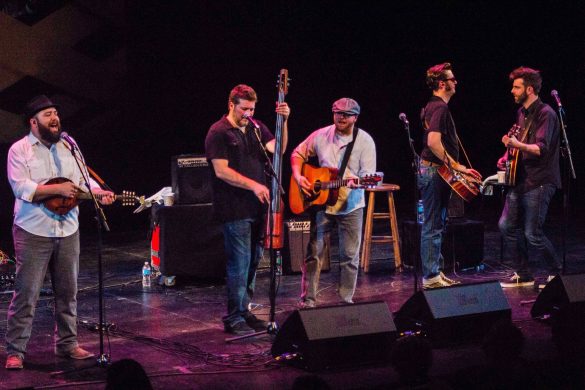 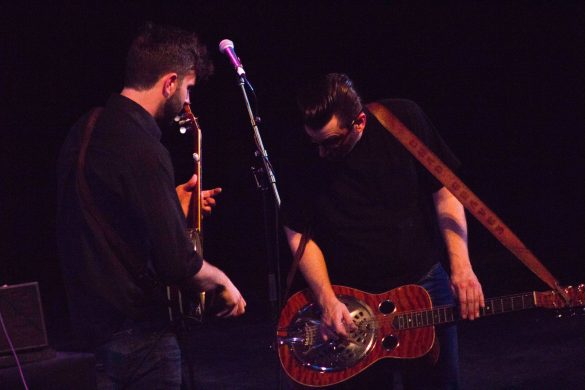 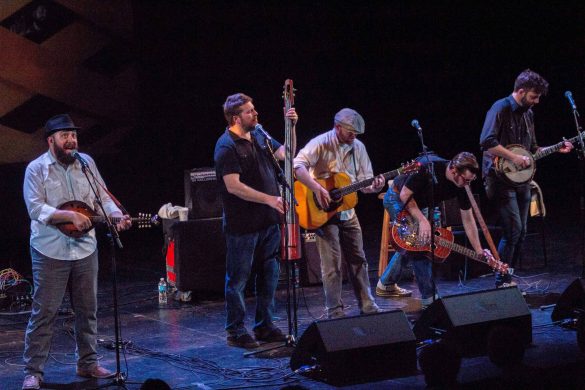 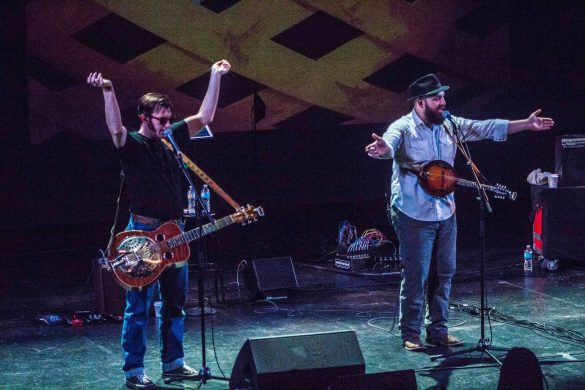 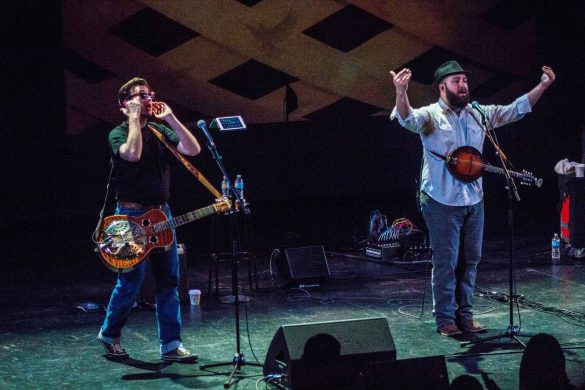 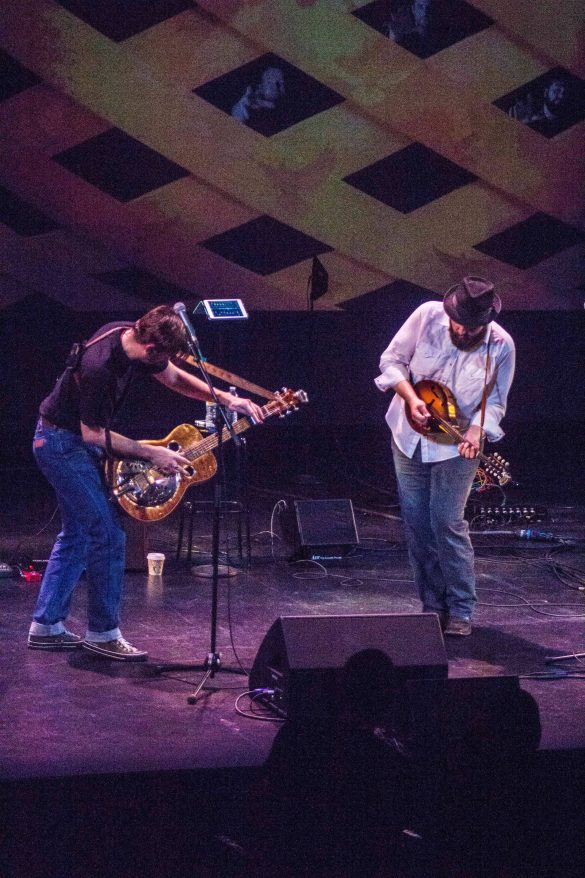 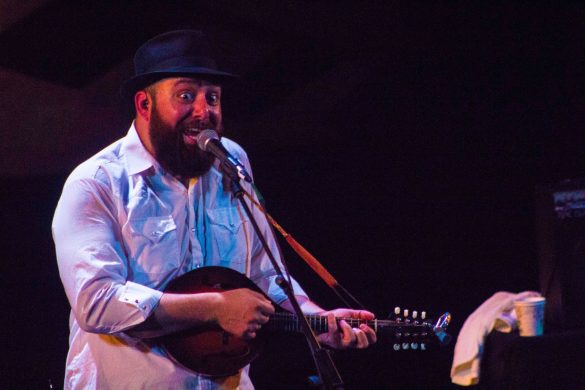 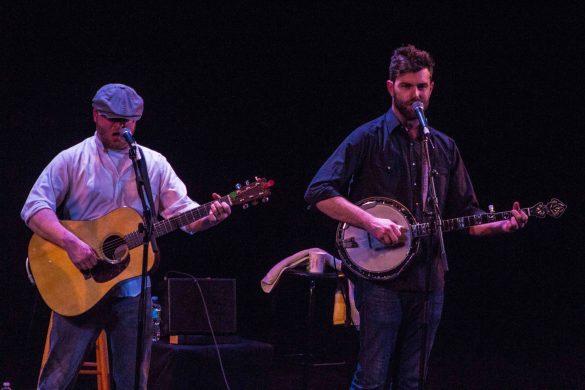 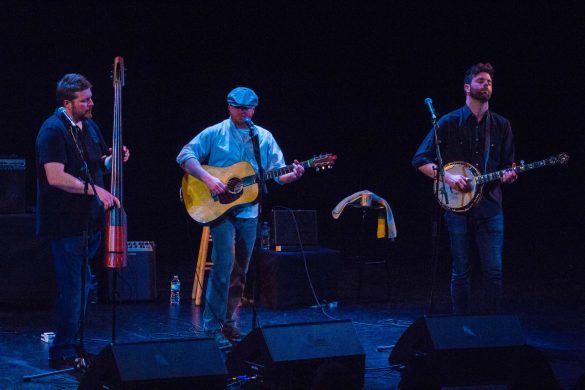 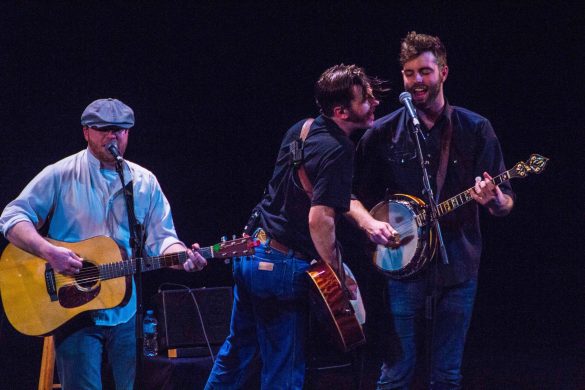