Balloons, confetti, neon spaghetti—the psychedelic circus is back in town. The Flaming Lips turned The House of Blues Boston into a neon rainbow lightship last Friday night as part of their “There Should Be Unicorns Tour,” promoting their new album Oczy Mldy. Towards the end of the concert, frontman Wayne Coyne reflected that the Flaming Lips don’t perform live too often anymore. If true, it’s a loss. A Flaming Lips concert is a celebration, a tripped-out birthday party. What were we celebrating? Maybe just this little pocket of crazy rainbow sunshine in a darkening world. Or maybe confetti. There was a lot of confetti. It streamed down in bright neon colors as Coyne, through one or two costume changes, danced among twinkling spaghetti cords draped from the ceiling. Giant eyeballs with legs came on stage to dance during “The W.A,N.D.” Giant mushrooms loomed behind the audience. When a disco ball descended, Coyne embraced it as an old friend. The performance ended with the band leading everyone in chanting “love” at the top of everyone’s collective lungs. Coyne assured us the House of Blues’ roof wouldn’t crack.

The band came out guns blazing with two double barrels covering everything in sight with confetti, glitter, and balloons. They opened with fan favorites “Race for the Prize” and “Yoshimi Battles the Pink Robots, Pt. 1.” There was a unicorn at one point. Don’t miss the opening.

The new songs off Oczy Mldy, while a bit subdued on digital, sound great live. With concert-strength volume, “The Castle” unfurls into layers of textured sound. When Coyne and company shriek “How???” the bass effect shakes through the venue. If there was a moment the ceiling would crack, that would’ve been it.

For a year now The Flaming Lips have been playing David Bowie’s “Space Oddity” during the human hamster ball set piece (There’s a hamster ball that’s been a staple of these shows for at least half a decade. Coyne calls it a space ball, but between him crawling around the crowd on all fours, and his furry tri-colored Ice Climbers coat, “hamster ball” is pretty accurate). Coyne said the band’s talked about going back to an original song during the hamster ball, but they also love keeping Bowie’s music alive in concert.

“The W.A.N.D.” saw Coyne flanked by two walking eyeballs, a strobe light around his neck and color exploding behind him, as they delivered the celebration’s coup de gras before “A Spoonful Weighs a Ton” gently played the band off to whatever magical kingdom the psychedelic spirits reside. Potentially Michigan. Possibly somewhere outside Oklahoma City.

If the “energy” was wearing off at that point, the encore “Do You Realize” was a hit for the road. As the song joyously implies, the party never really ends. Rare liver performance or not, we’ll all meet up eventually at the psychedelic circus in the sky. 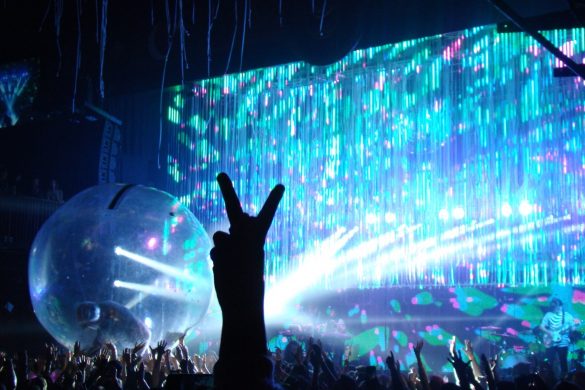 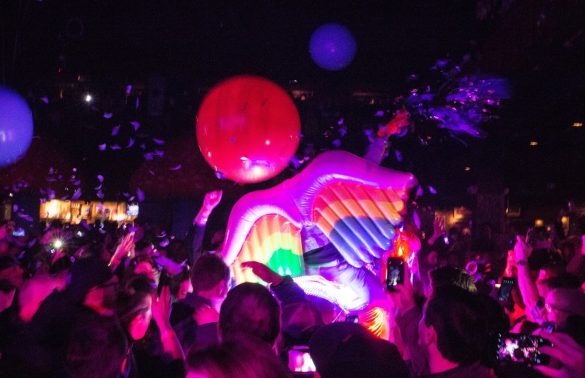 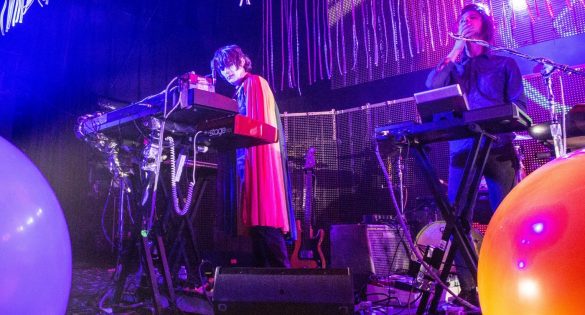 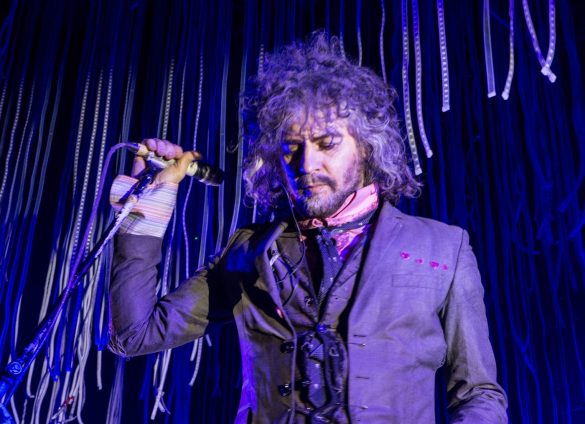 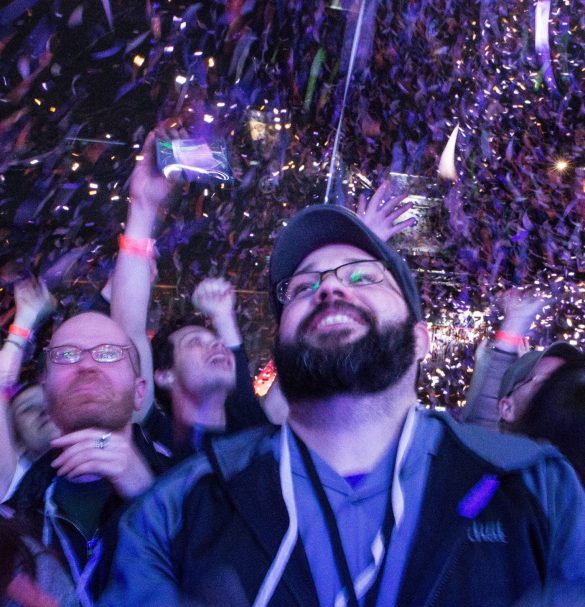 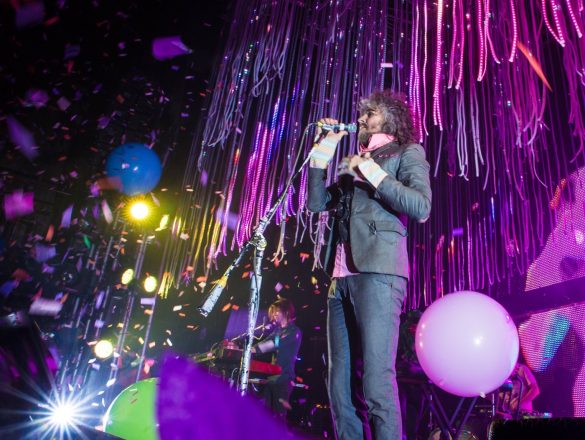 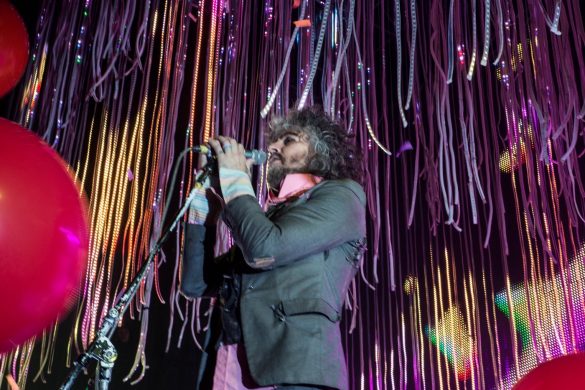 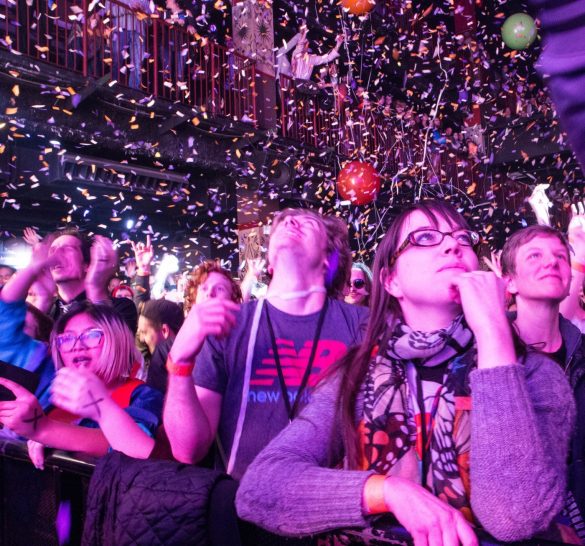 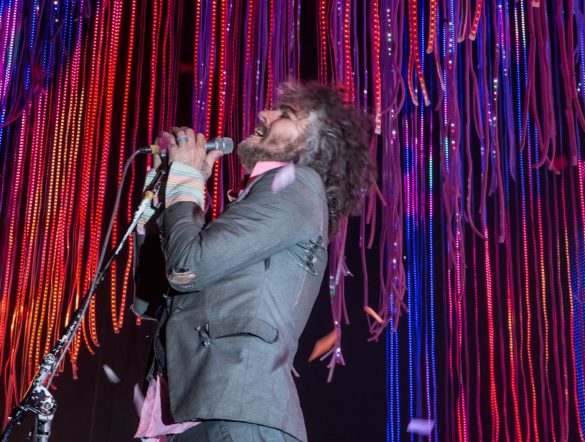 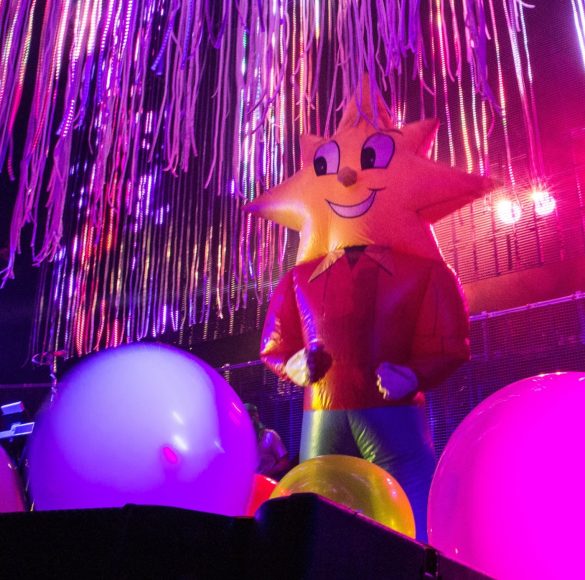 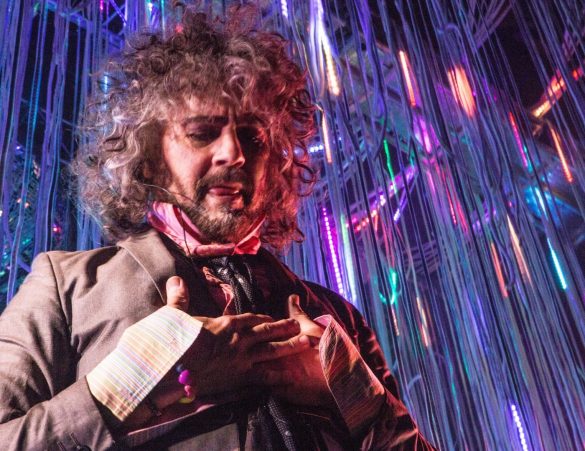 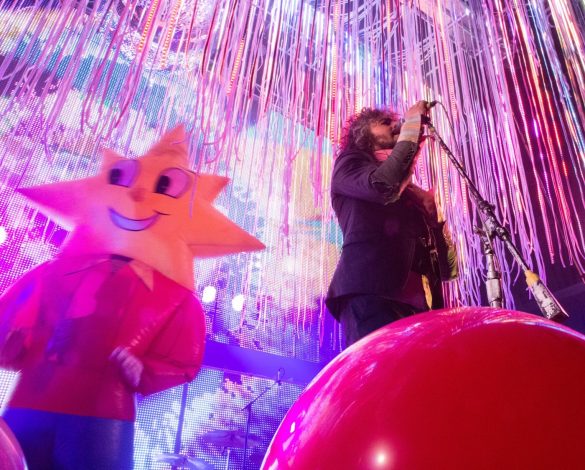 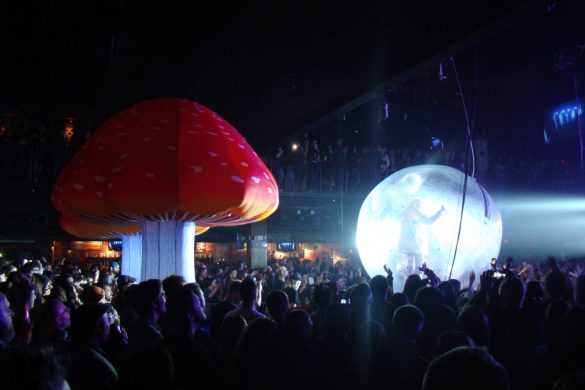