Greensboro native jam band The Mantras returned to Asheville over the weekend, playing local favorite venue New Mountain AVL. The event was dubbed “Hemispheres,” and many fans speculated as to what significance this might hold. With the release of Knot Suite last August and the works of another album on the horizon, the potential for The Mantras to showcase new tunes was very high. Two North Carolina bands opened up the night, the event branded as “A Carolina Family Reunion.” The Mantras were supported by Asheville’s very own Sanctum Sully on Friday and The Digs on Saturday.

The Mantras started off right on time Friday, opening the set with “Be the Light,” which definitely got the crowd moving. The set started really taking off during “DirtNap,” which is one of the many gems on their newest album Knot Suite. This song certainly showcases The Mantras’ ability to incorporate many styles while still being one of the heavier jam acts around. Other highlights of the first set included a beautiful version of “All you Here,” which contained a tight transition into crowd favorite “House of Cards,” and a “Dr. Ssanasinod” where they showcased a fiery trance-like jam. The second set of Friday wasted no time and started off with “There’s Always Tomorrow” which hasn’t been played in almost two years. The second set featured many staples of The Mantras catalogue, including “Okoboji,” “Kinetic Bump,” “When the Funk Comes to Town,” and “Metrognome.” However, it was the “Okoboji” that shined, and not solely because the jam was one of the most intense of the evening, but it also transitioned into “Brain Stew” by Green Day. Though no stranger to covering songs, this one caught the entire crowd by surprise, and The Mantras served it up in a way that honored the song, yet kept it true to their own style.

New Mountain AVL was significantly more crowded Saturday night and The Mantras certainly took notice. The first set began with “Funky Jank Patrol,” which featured “Nightlife” in the middle of the song. This musical sandwich illuminated the lighter side of The Mantras, which was only augmented by their beautiful new song “Lazy River.” The Mantras have an ever-evolving sound that can change at a moment’s notice, and that is exactly what happened during “Miguel’s Dream.” Normally this is a lighthearted song about a boy who wanders around and enjoys brushing his teeth. This version, however, featured a narration by Keith Allen, in which he told what happened when Miguel went camping in the mountains surrounding Asheville, and how his physical and spiritual self separated during the lunar eclipse, and then he heard a couple of songs. The Mantras then covered Pink Floyd’s “Brain Damage” and “Eclipse,” which were supposedly the songs that Miguel heard during his intergalactic journey. The second set again featured a number of staples, including a very robust and emotional “Five Roads.” Other highlights included “Jabberwocky,” “Abacus,” and “Strongbox.” The Mantras covered “Insane in the Membrane” by renowned Hip-hop group Cypress Hill, highlighting the band’s versatility. They decided to get super weird during “Magillicuddy,” and while thanking their lighting director Dustin Kline, there was chatter about Dustin’s cat Fibonacci. Allen went on a rant that encompassed everything from how cute Dustin’s cat was to his ability to project the best cats, rapped about “who let the cats out” and even allowed the crowd to participate in the madness by having them play “Cat Slot Machine,” where the winner would take home the cat that they landed on. To close out the epic weekend of Hemispheres, The Mantras encored with “If I Only Had a Brain” and “Before My Time.” 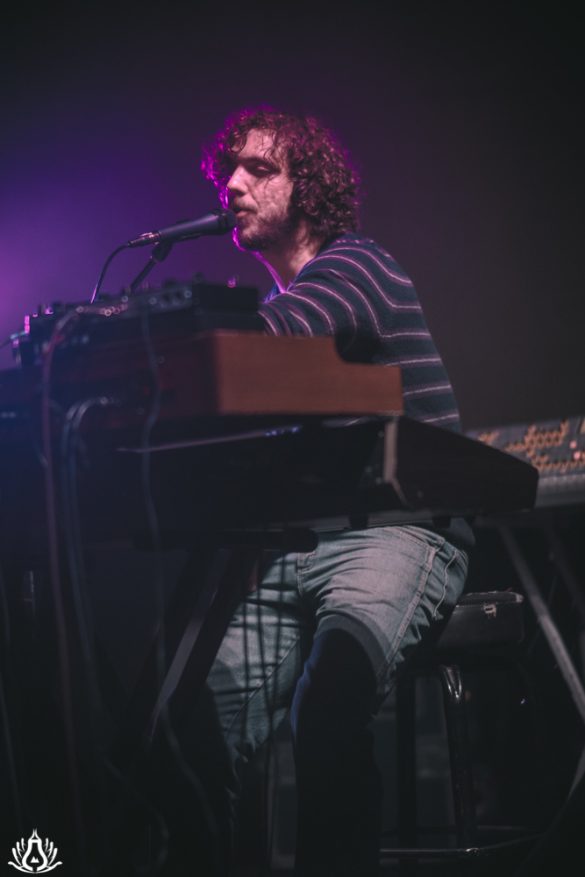 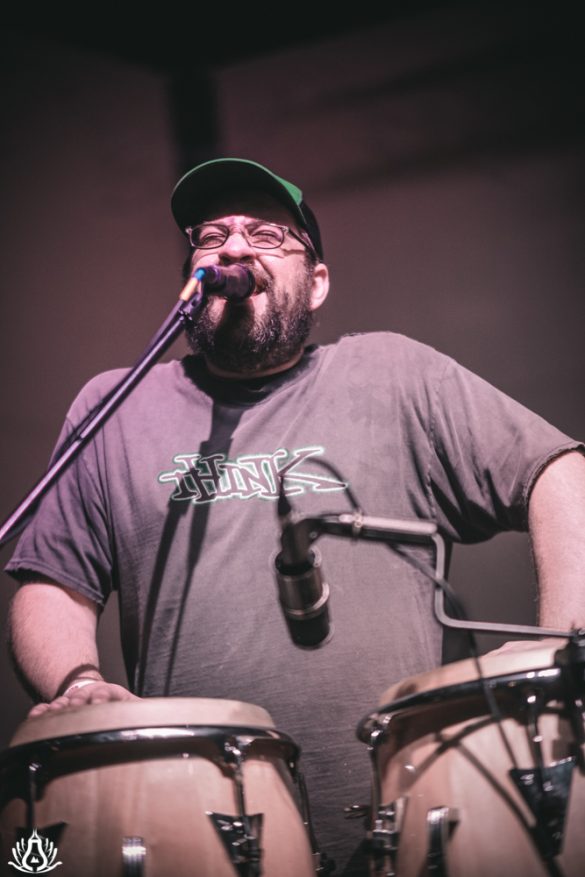 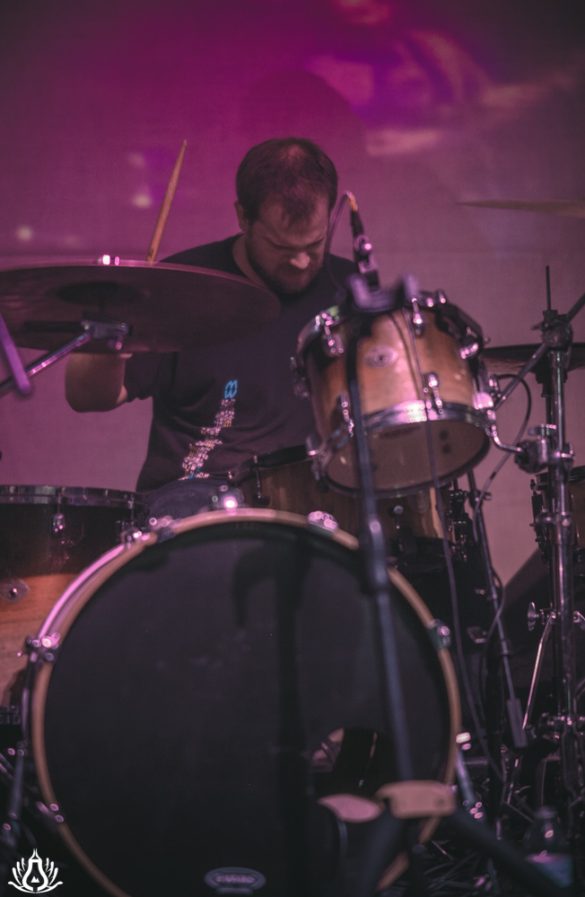 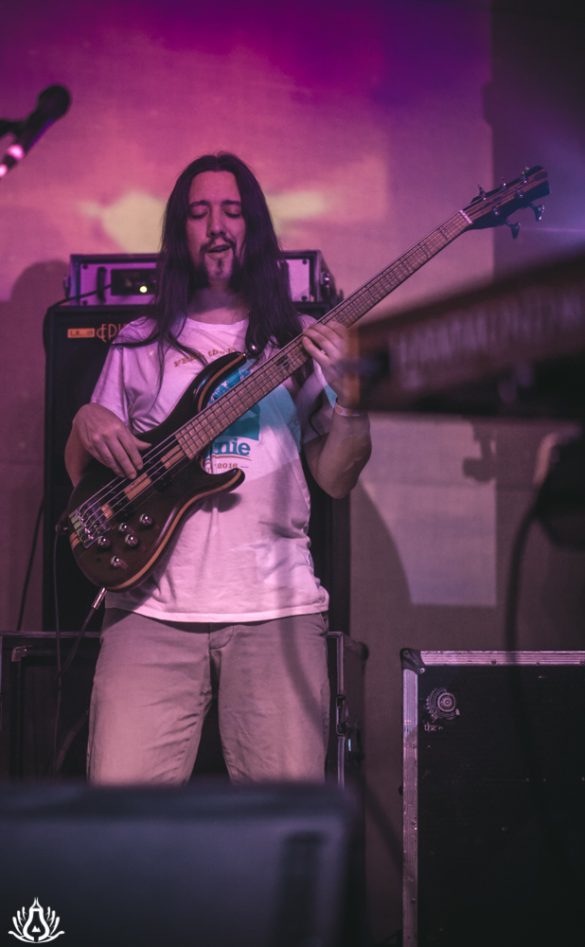 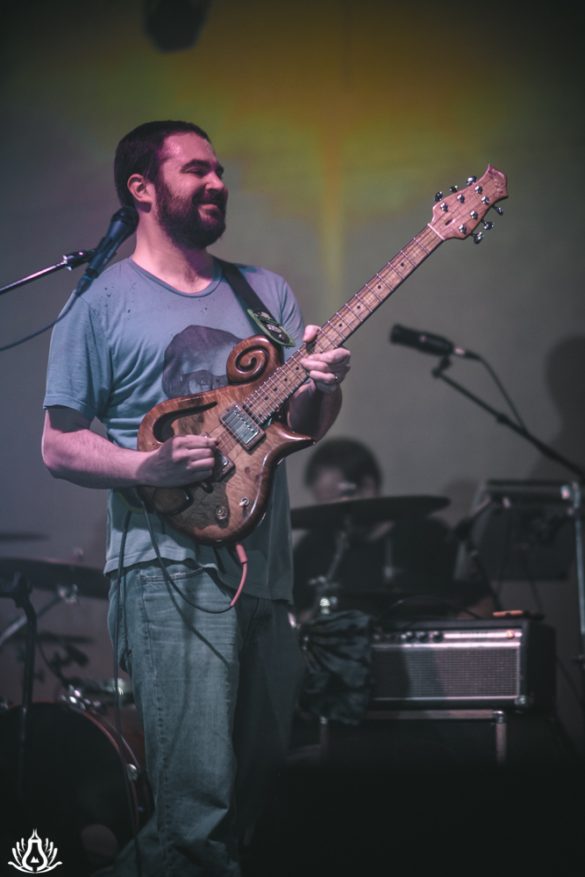 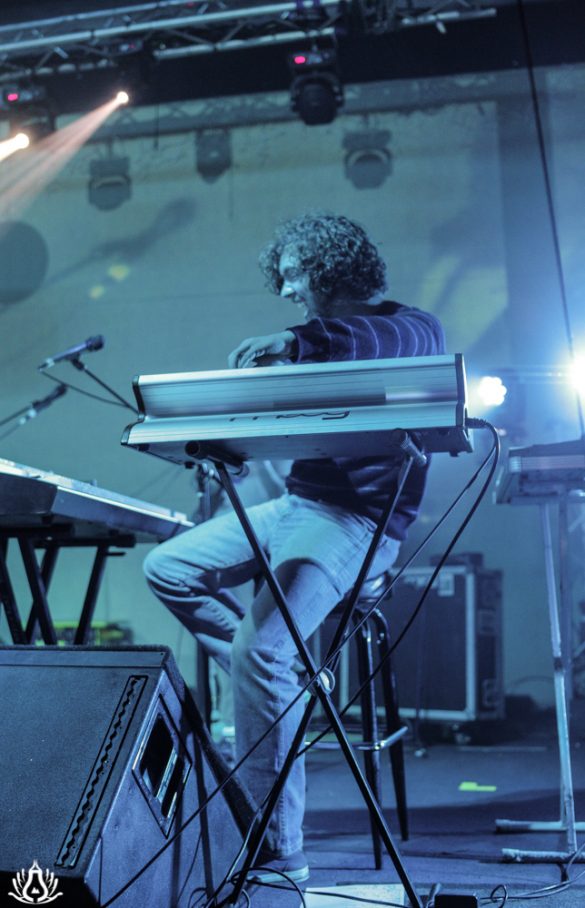 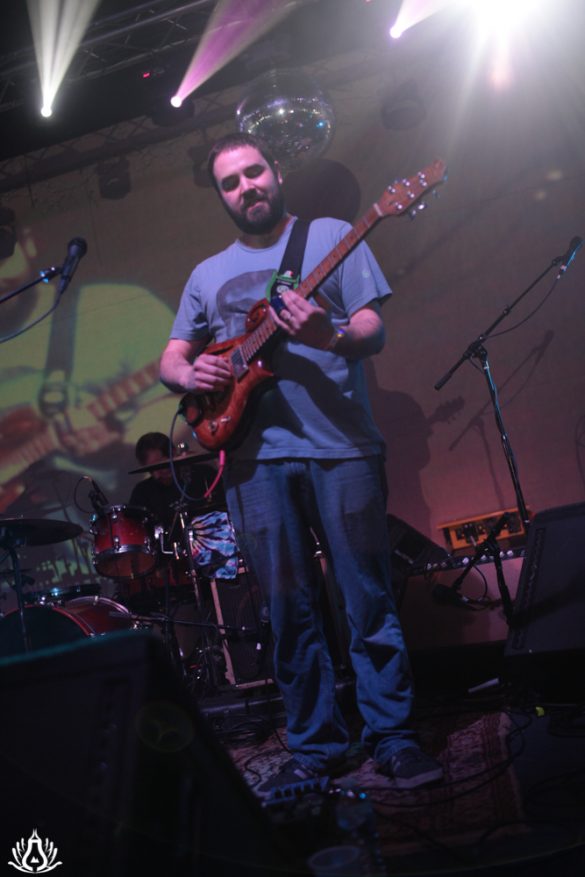 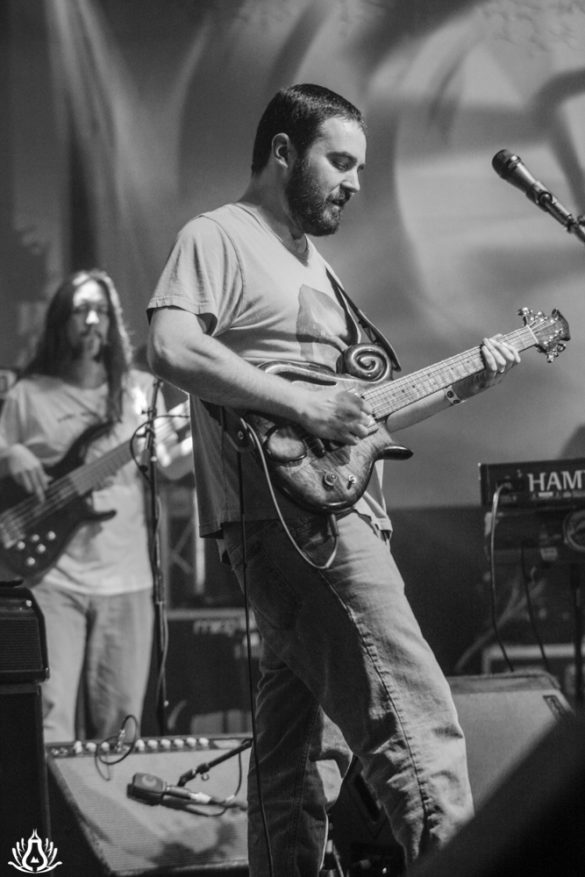 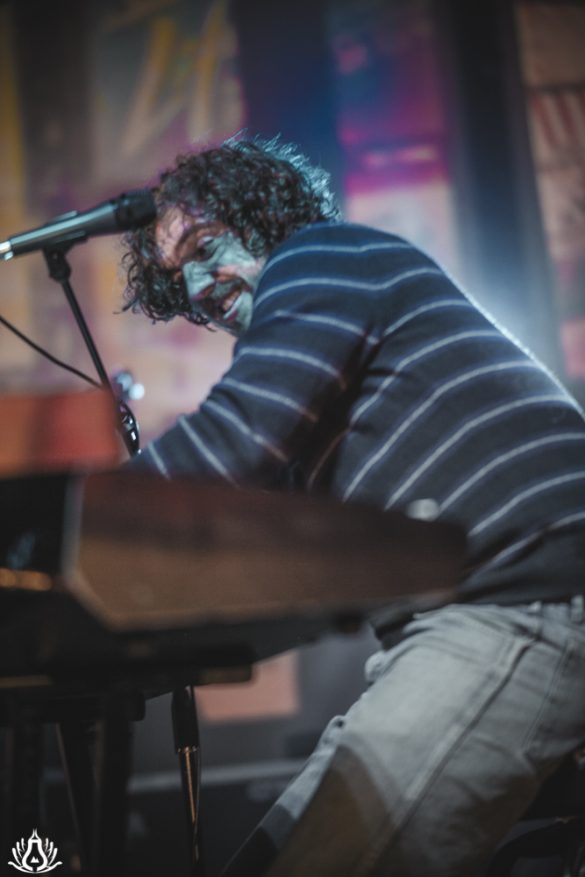 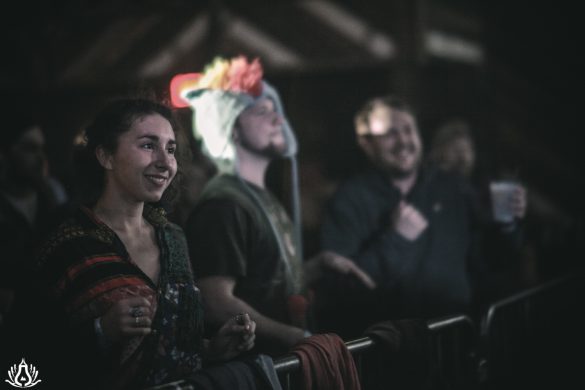 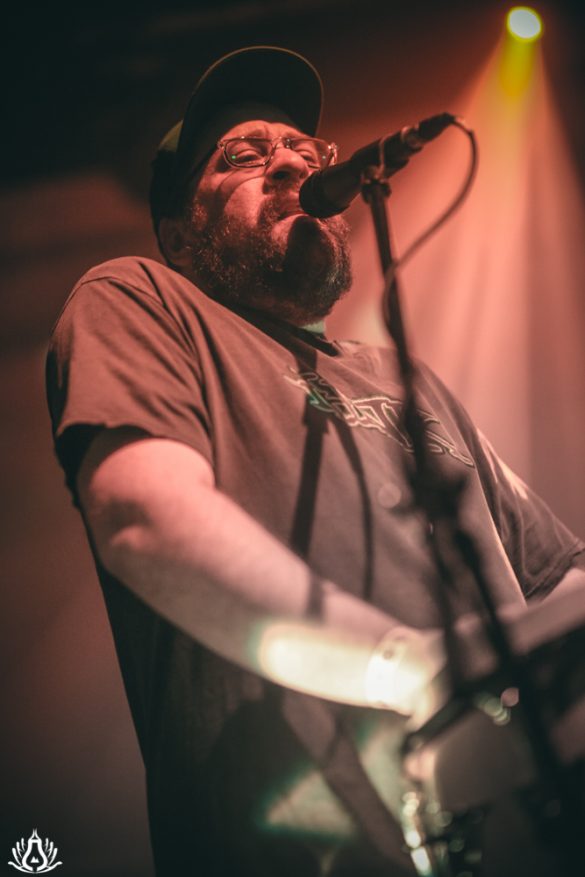 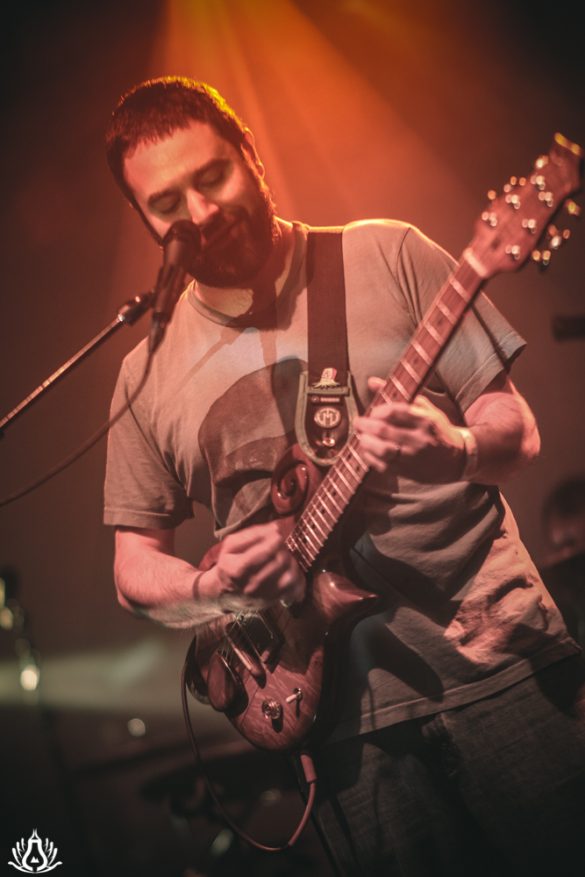