The snowstorm that hit the northeast late last week couldn’t stop The Wood Brothers from taking on the Big Apple Friday night. New Yorkers strapped on their snow boots and made the slush-filled trek to Webster Hall in the East Village of Manhattan, filling the historic and intimate venue to the brim to hear the trio’s tangy harmonies and dynamic folk tunes.

The T Sisters, an Oakland-based sister trio who released a new self-titled album in October, set a calm and inviting tone for the night with their soft, acoustic-accompanied harmonies. The group’s playful dancing and sisterly interactions left the room feeling light-hearted as the crowd began to grow larger in anticipation for the headlining band. The Wood Brothers, who just came out with their new live-recorded album, Live At The Barn, on January 13th, opened the show with Bob Marley and the Wailers’ “Stop That Train” and quickly moved into “Two Places,” followed by “Keep Me Around,” a song from their 2013 album, The Muse. Then, the crowd chimed in with enthusiasm when the group asked them to help sing one of their widely-known tunes, “Loaded,” which appears on both their second and their newest album.

It’s not a Wood Brothers show without the signature dance moves of Chris Wood, and surely enough he broke them out during a fun and upbeat rendition of “Tried and Tempted.” Shimmying his feet and swaying around his instrument, the upright bass player and brother of guitarist Oliver Wood, had the crowd moving with him and cheering him on. The upbeat tone continued with high-energy performances of “American Heartache,” “Atlas” and “One More Day” before the trio slowed it down and brought out what they call the “Big Mike,” which is an old-time microphone featured in many of their shows. Aside from those who sang along, the audience quieted down and allowed the band to play “The Muse” in its intended soft and intimate form. The band then invited the T Sisters on and the six musicians huddled around “Big Mike” and to perform a beautiful version of “Sing About It.”

The band left the audience cheering for more as they finished their set with “Honey Jar,” a lively and funky song from their latest release. They ended the night with “Luckiest Man” and “Ophelia” in the encore.

The Wood Brothers continue their tour tonight in Durham, North Carolina and tomorrow in Charlotte before heading out to the west coast.

Article and photos by Holly Warfield 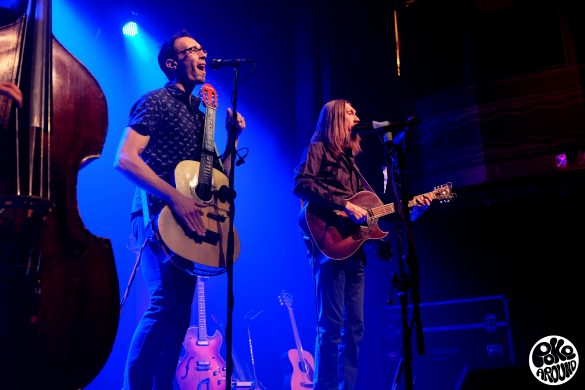 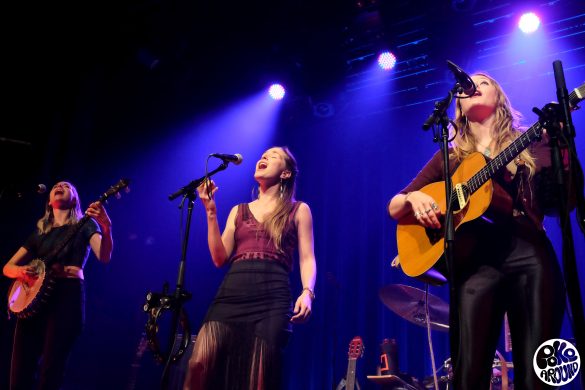 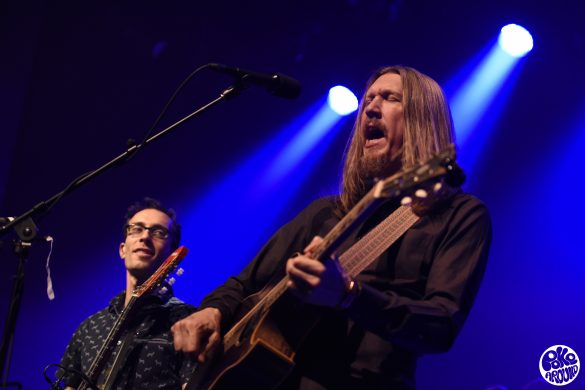 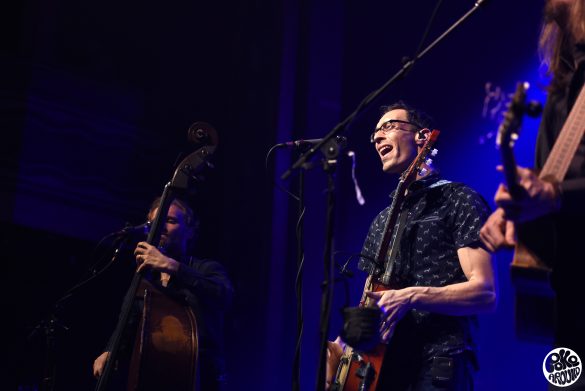 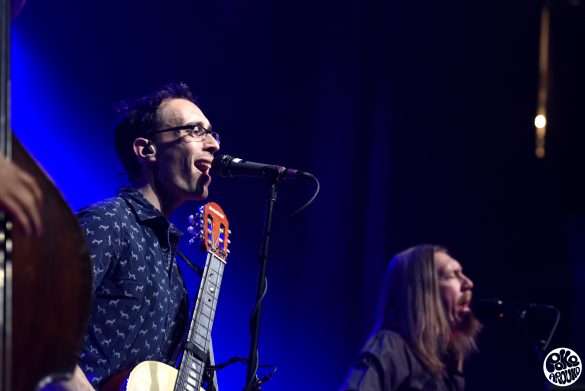 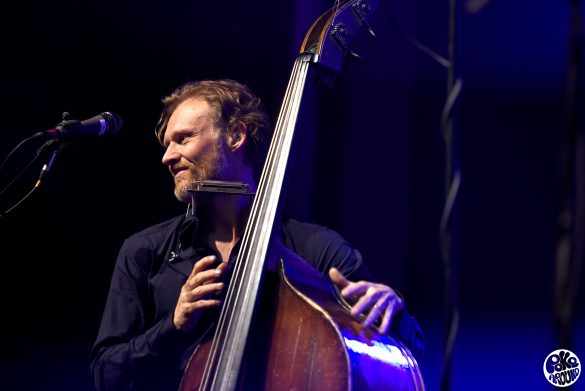 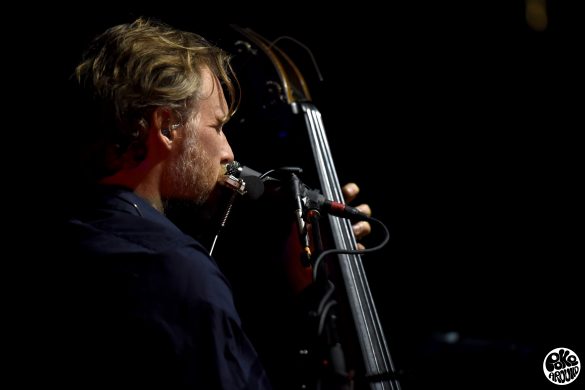 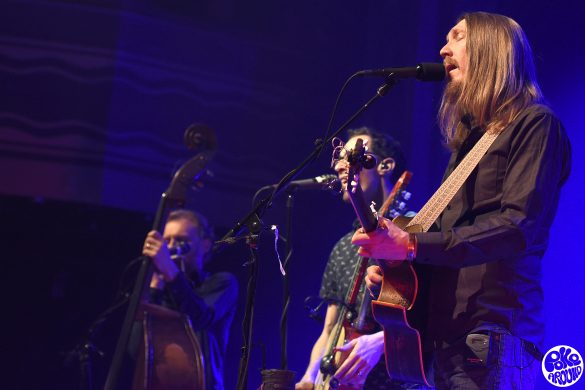 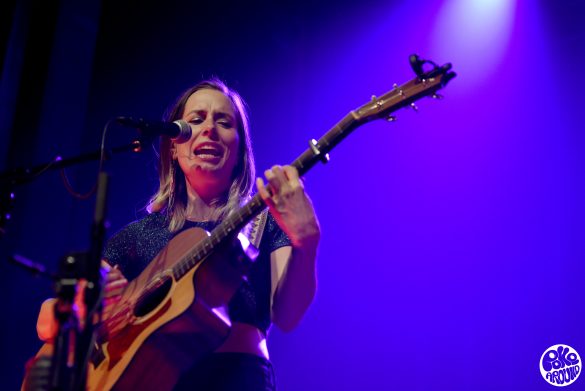 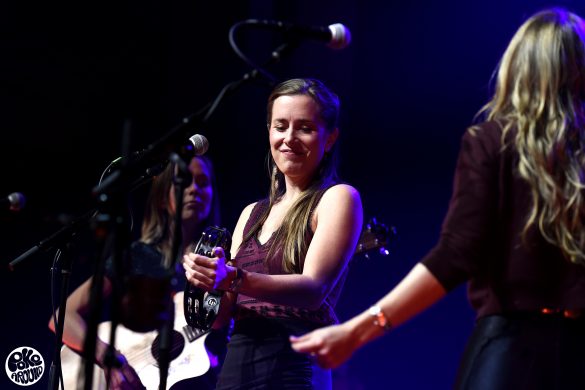 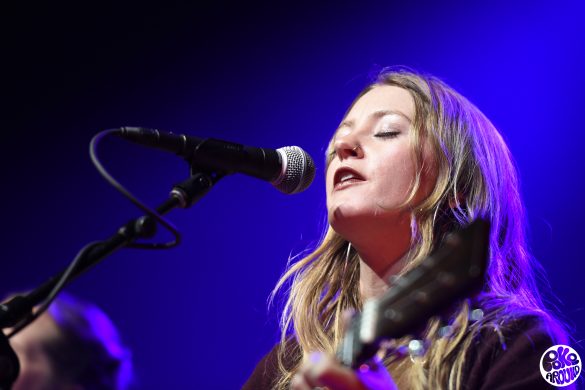