Brooklyn Bowl had itself one smooth night of music on Friday, bringing together Portland, Maine based Jaw Gems and The Motet out of Denver, Colorado. This was the first night of The Motet’s two-night run at The Bowl, and as the roaring, gradually swelling crowd indicated, they were right at home in a city that loves both it’s chill grooving and it’s downright funking.

Opening with “Davinci,” a tune from their newest record Heatweaver, Jaw Gems started off with some cool, subtle improvisation right away with their set. If you find yourself pretty soothed by the studio music of Jaw Gems, it’s extra dreamy live, particularly due to the dual keyboard work from Ahmad Muhammad and Tyler Quist that combines to surge pretty majestically over the space of a room. Against this are succinct but malleable rhythms and beats from bassist Andy Scherzer and drummer DJ Moore. Scherzer and Moore are able to follow one another impressively from one groove into whole new one, modifying the ebb and flow of the songs with real ease.

In new songs like “Sap Flow” and “Ohio,” for instance, Moore kicks the grooves of the songs back and forth between varying beats, with Scherzer keeping on his toes on the bass and maintaining the music’s constant danceability.

The Gems would also be the first to tell you they love playing feel good music. In their live performances especially, the audience gets repeated dosages of just that, in part from a definite throwback essence to their songs’ melodies. “Baleen,” for instance, boasts a pretty righteous main melody, and at Friday’s show it worked great as a set ender.

There are a number of qualities making The Motet one of the most satisfying funk rock bands on the scene today, but one quality in particular has to be their super clean and uniform feel. This was evident in a number of tracks played from their newest album, Totem, which boasts a more old-school feel of funk. The rhythm section and keyboards of this band line up very smoothly, but also delicately enough as to not grate against one another’s playing. The result is a harmony of groove is sustained throughout every song.

This also makes for a great base for solos, of which The Motet’s horn players, as well it’s keyboardist and guitarist, are pretty stylistic. Solos tend to be lengthy, but for great effect. On tunes like “Back it Up,” “Fool No More,” or “Damn!” the players took great moments to feel out their solos as they went, starting up slowly and then building into something that really commands the entire audience.

This year has seen the long-time-jamming Motet join forces with new lead vocalist Lyle Divinksy, who is quite a force unto himself. This change translates immediately on a physical level, as he bursts up and down the stage tirelessly, always completely and passionately dialed into his performance. Beyond this, being a singer in a band of heavily grooving musicians has to be no easy feat, but this man pulls it off is in no question to any audience member.

Then, over on the keyboards, Joey Porter is just truly a wizard. Not only does he deliver goodness on every solo he takes, but his improv, bolstered by a choppy-funk way of slapping the keyboard, works around the bends of every song into spectacular territory, as well. On “Funkify,” he was having real good fun mechanizing the funk with his talk box.

After a few oldies in “Keep On Don’t Stopping” and “The Fountain”, The Motet ended with a taste of their current jamming with “Truth”.

On Saturday The Motet took to The Brooklyn Bowl again, sharing the stage this time with Sophistafunk, before continuing their fall tour.

The Motet Setlist: Funny -> Jam, Like We Own It, Back it Up, Just Around the Corner, Gettin’ To Know You, Danger, Fool No More, Solar Plexus ,Damn!, Funkify Your Life, Keep On Don’t Stoppin’, The Fountain, Truth; E: Serpentine Fire 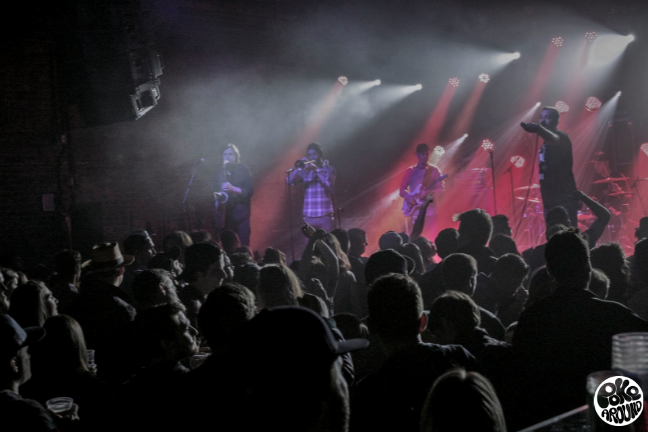 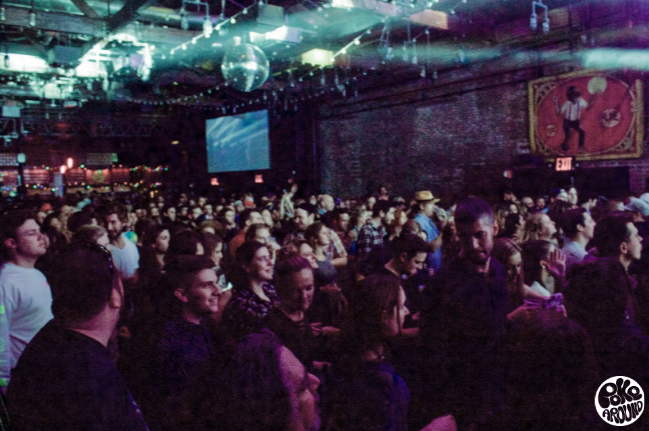 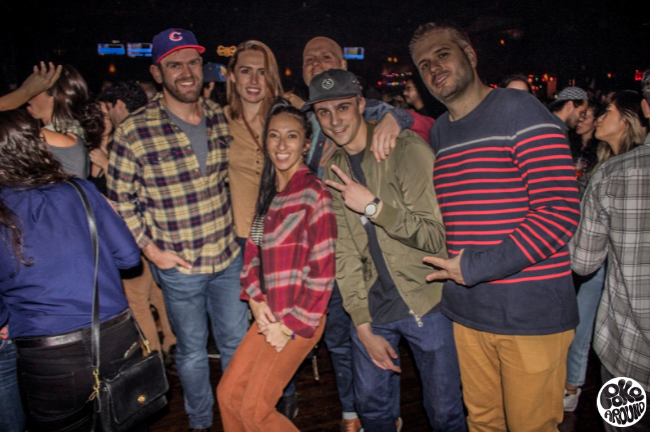 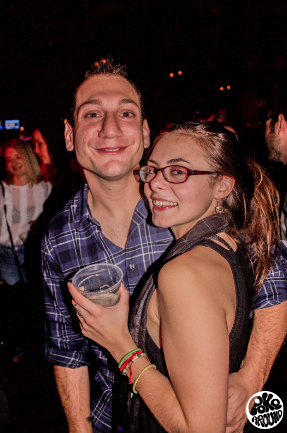 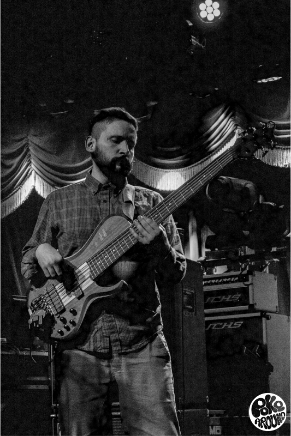 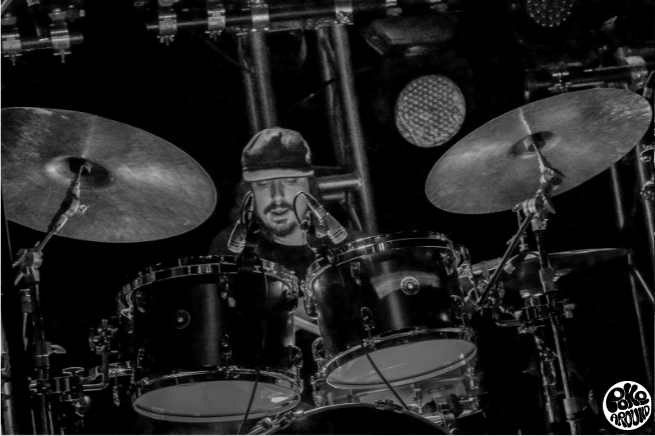 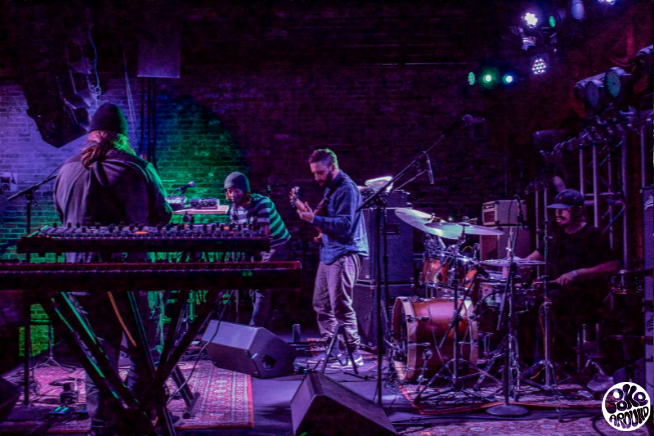 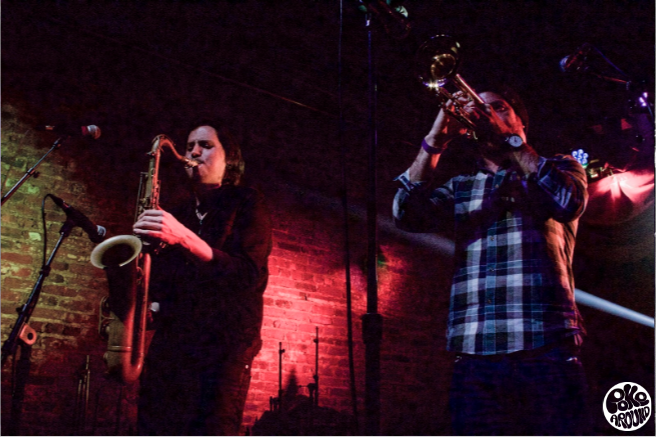 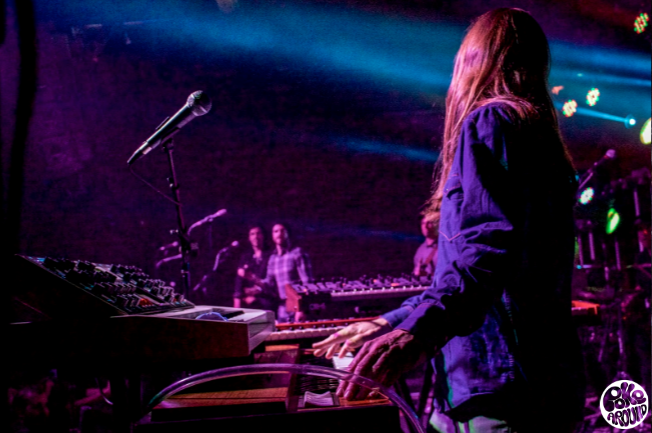 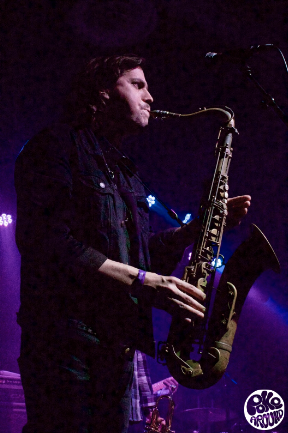 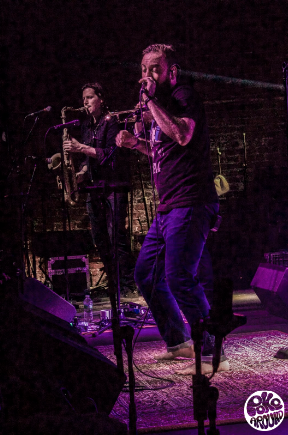 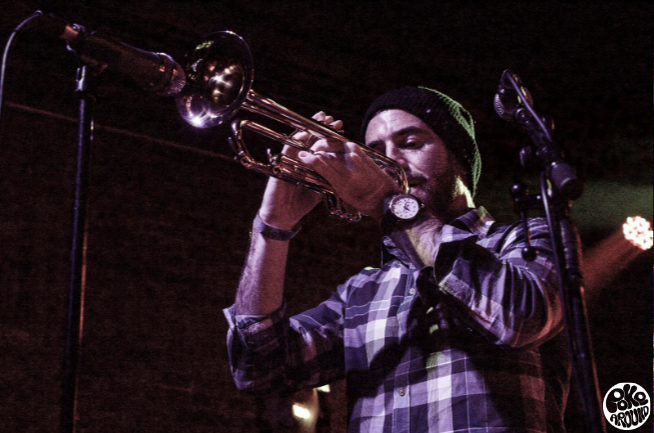 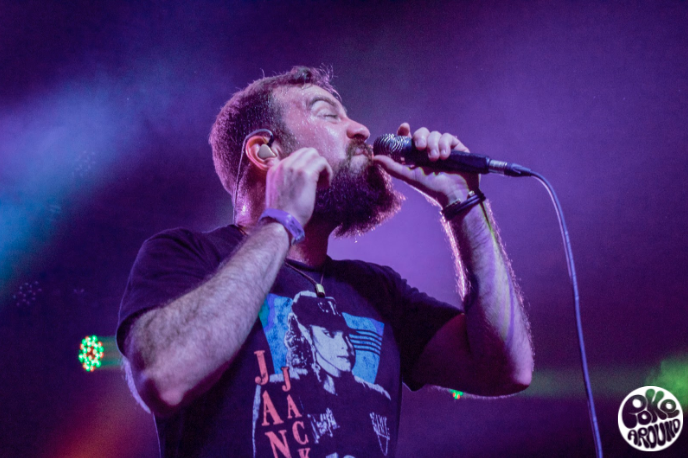