Bob Weir’s lyrics to “One More Saturday Night” were the theme as people gathered for the finale of Dark Star Orchestra’s annual two-night run at Pisgah Brewing Company, just outside of Asheville, North Carolina. As twilight emerged over the lazy summer day, the pinks and oranges of the sky set the tone for the reminiscent atmosphere of the Grateful Dead that was to ensue. Coming off a fiery but predictable ’69 set the night before, including a “Morning Dew” and “Turn On Your Lovelight” with some of the beloved early staples in between, heads were being scratched as to what DSO would bring for night two. Straight out of the gate it had the makings of one of those boogie 80’s kind of parties, opening with “Hell In A Bucket”, “West LA Fadeaway”, and “My Brother Esau”.  They continued to delve into Dead from the years when Brent Mydland was backing the boys, busting out the classically covered numbers like Bob Dylan’s “Just Like Tom Thumb Blues” and  Koko Taylor’s “Wang Dang Doodle”. Then, following a guaranteed late 80’s Dead jam “Blow Away”, Dark Star finally let the true nature of their setlist slip with a cover of The Band’s “The Night They Drove Old Dixie Down”. The band was in full swing and the crowd had totally surrendered to the boogie as the set came to a close with a smoking hot one: “Feels Like A Stranger” into “Might As Well”, the timeless Jerry tune. “Paradise waits..” Jeff Mattson’s soft voice and soothing guitar worked gently through the crowd while the heads settled back into place with newly filled cups of Pisgah Pale and Grey Beard brews. Without missing a stride the second set had begun, the crowd munching on the well-known “Help On the Way>Slipknot>Franklin’s Tower” treat. Seemingly eager to reiterate their venturing path, the band shot into a Little Feat cover of “Easy To Slip”. From here they took their own long, creative path to the “Fire On The Mountain” everyone was eagerly expecting,  first showing the love with a much appreciated “I Know You Rider”, before covering the Soul Survivors’ “Expressway To Your Heart” on their way into a good old fashioned drum/space. Coming out of the exceptionally lovely “Fire” we were treated to a little Steve Winwood and a change of pace with “She Belongs to Me”, another Dylan tune. With the collective mindset adjusted to love, DSO closed the set making sure the audience had gotten our boogie’s worth, with an ever-rowdy “Around And Around”. To top it off, the lawn of Pisgah was nothing short of a zoo when the words “I can’t get no satisfaction” poured out into the cool mountain air for a set-closing Rolling Stones hit cover. Written by Seth Davis
Photos by Anna Norwood
Setlist – Dark Star Orchestra at Pisgah Brewing Company Night 2 – 8/6/16
Set One: Hell In A Bucket ; West L.A. Fadeaway ; My Brother Esau ; When Push Comes To Shove ; Just Like Tom Thumb’s Blues ; Wang Dang Doodle ; Blow Away ; The Night They Drove Old Dixie Down ; Feel Like a Stranger ; Might As Well
Set Two: Help on the Way > Slipknot! > Franklin’s Tower ; Easy To Slip > I Know You Rider ; Expressway To Your Heart > drums > space > Fire On The Mountain > Gimme Some Lovin’ > She Belongs To Me > Around And Around
Encore: I Can’t Get No Satisfaction 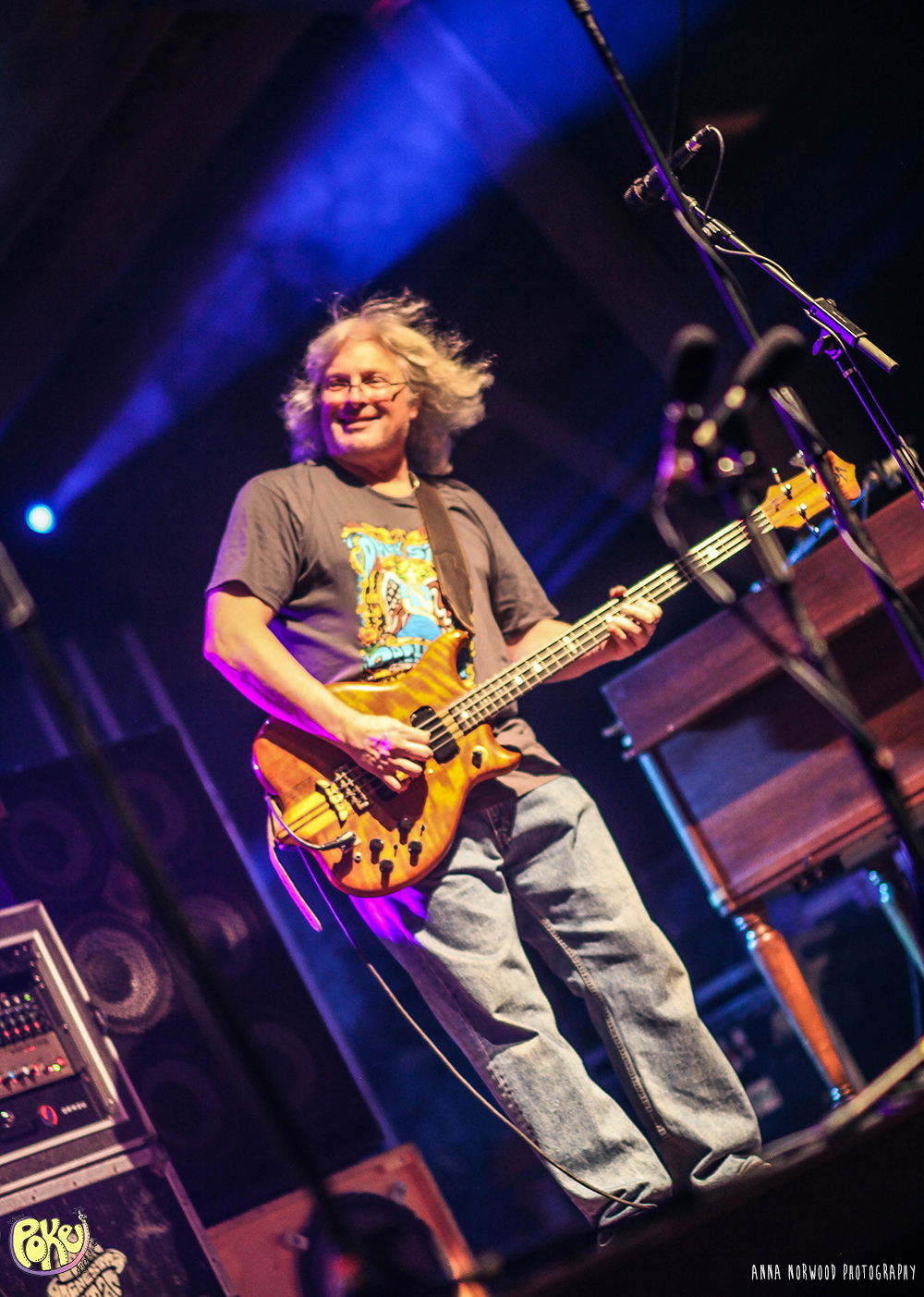 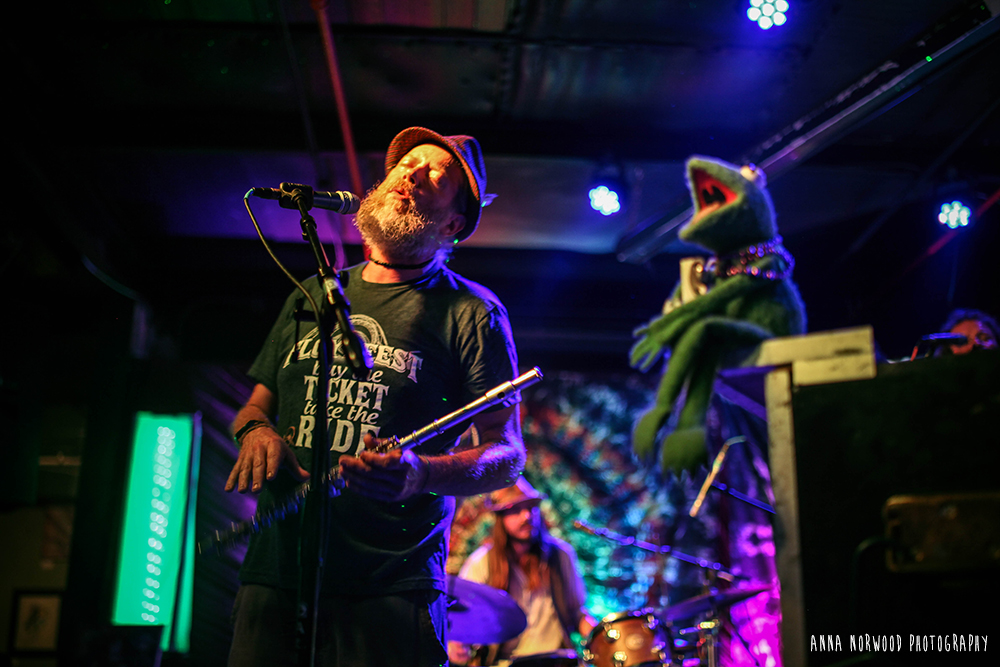 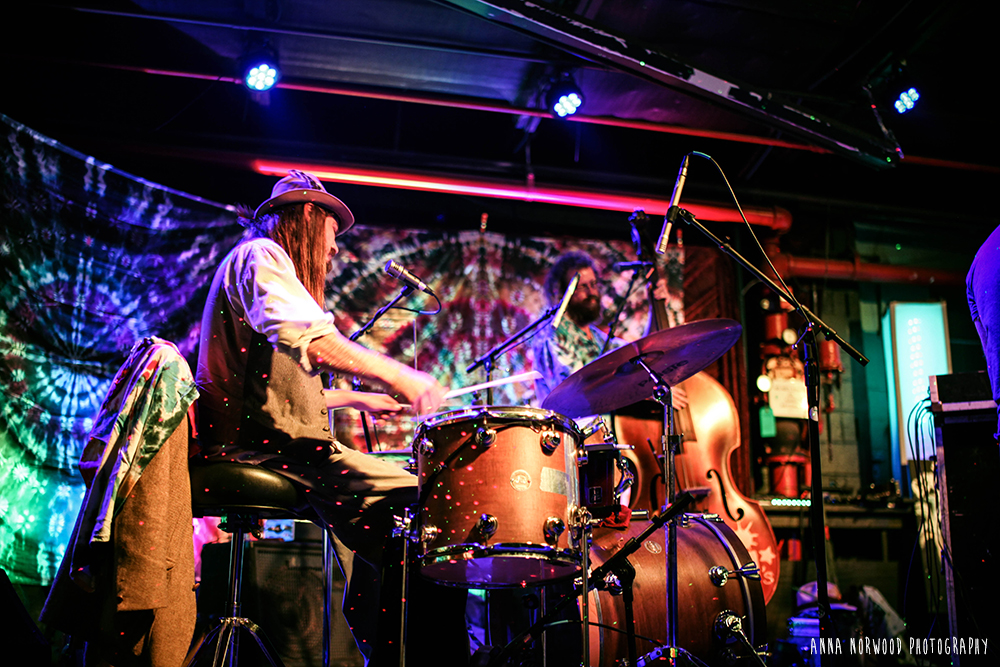 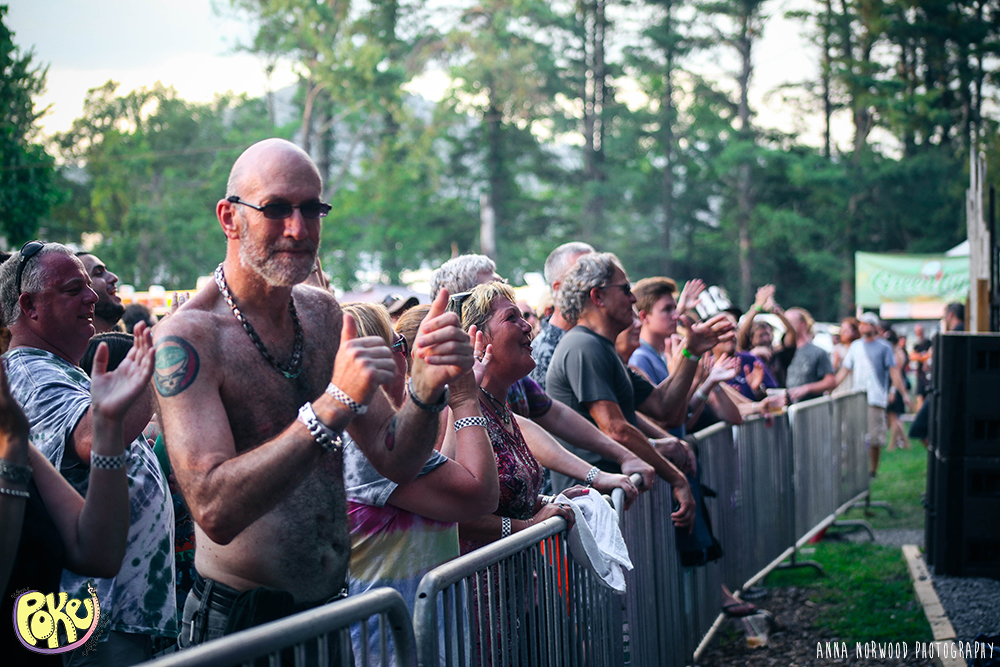 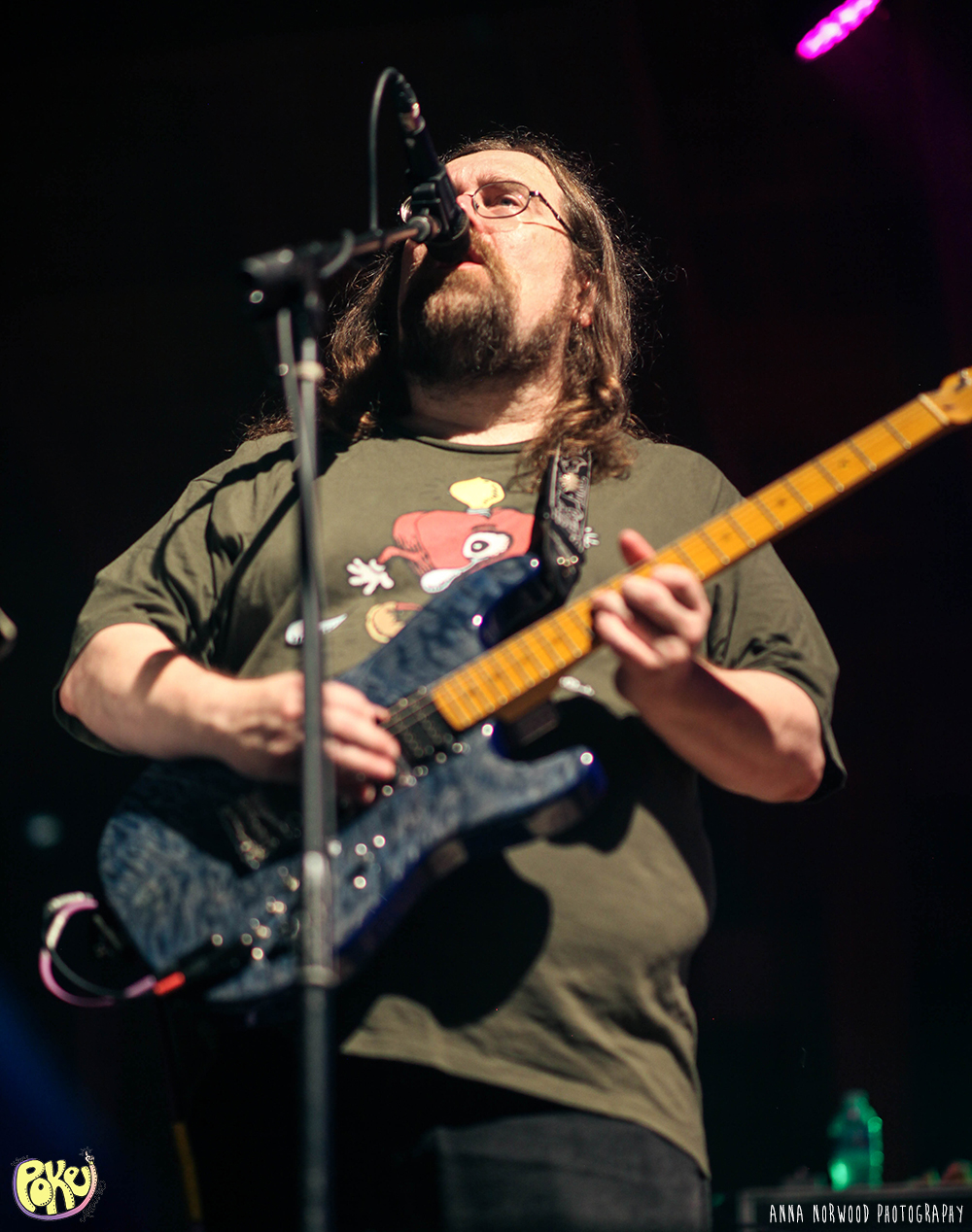 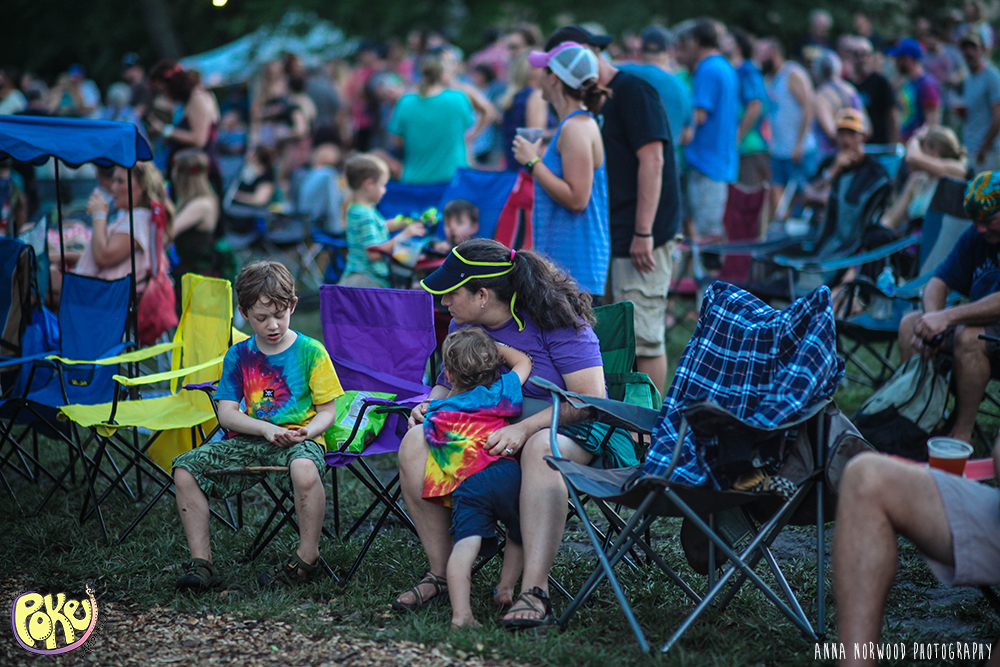 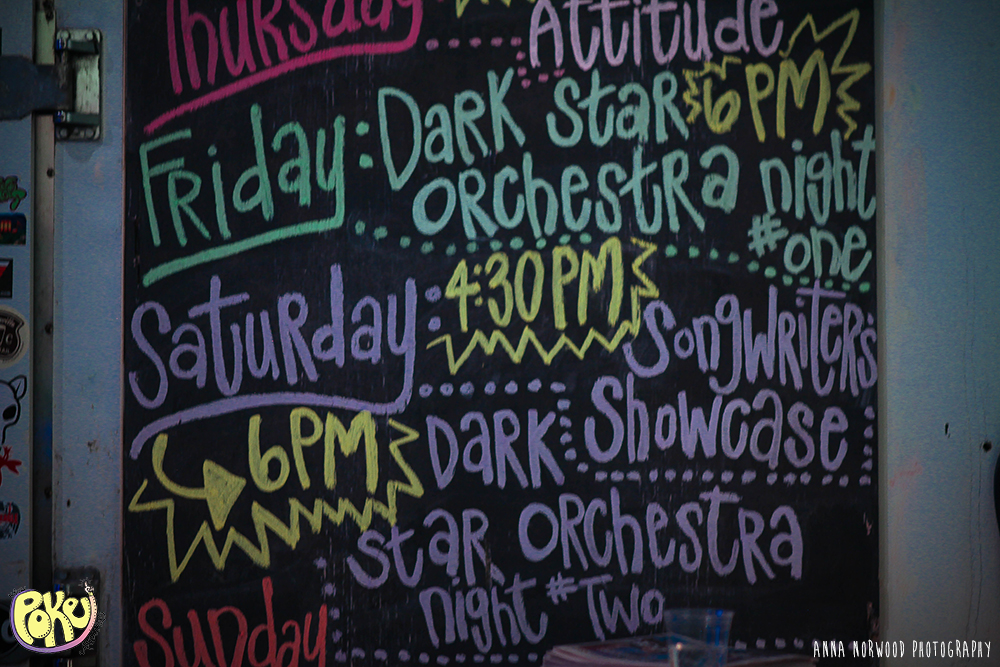