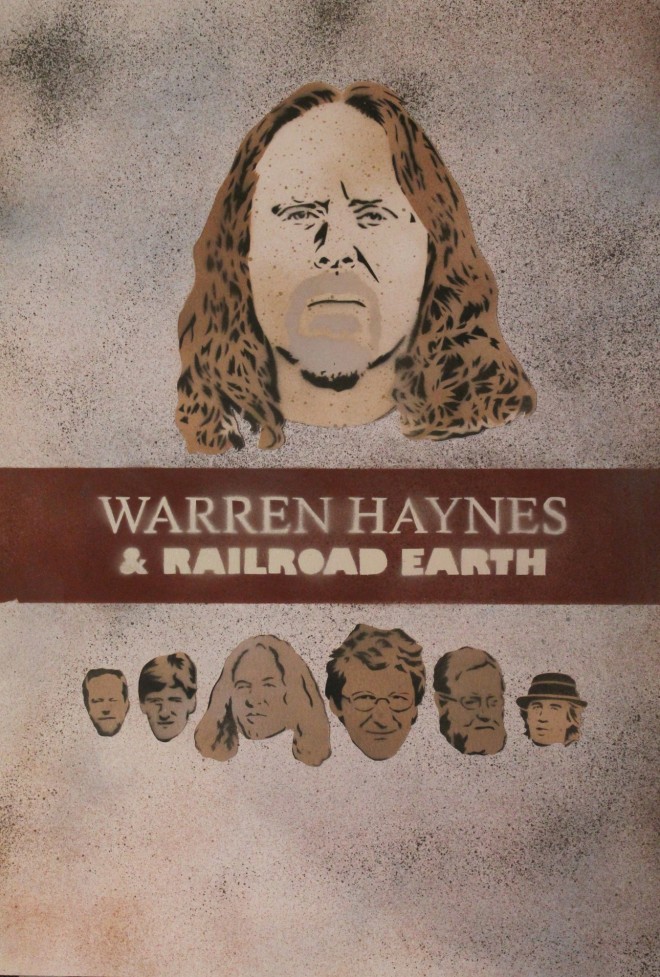 Warren Haynes has unturned yet another stone in his expansive musical career with his most in depth songwriting effort, “Ashes & Dust.” In addition to his well-known roles in modern day incarnations of the Allman Brothers Band and the Grateful Dead, the Asheville native has gained an amazing reputation for his willingness and enthusiasm to collaborate across many different genres of music.

For this unique project, Haynes teams up with none other than Railroad Earth out of Stillwater, New Jersey. Railroad Earth has gained a fiercely loyal following over the past decade with their distinct style rooted in Americana and Bluegrass. The band can attribute their sound to the songwriting prowess of lead singer Todd Schaeffer, and the collective improvisation of fiddler Tim Carbone with mandolin player John Skehan and Andy Goessling — who has been known to pick up over a dozen different instruments over the span of one show. Of course it is all bound together by the refreshing groove of bass player Andrew Altman, fortified with the rock solid drumming of founding member Carey Harmon.

Railroad Earth lends itself perfectly to “Ashes & Dust” with their innate ability to carry well-written stories through improvisation that complements, but does not eclipse, the songs themselves. This makes for an authentic live performance that weaves eloquently through the timeless story of the American working man. Fortunately for the area, the band is currently joining Warren Haynes for the first leg of his “Ashes & Dust” tour, which will stop tonight at the beautiful Greenfield Amphitheatre in Wilmington, North Carolina as they gear up for their much anticipated show at The Fillmore Charlotte on Tuesday.